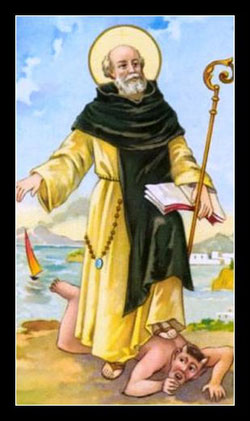 Benedictine abbot and patron of Sorrento, Italy. While serving as a monk, Antoninus had to leave his monastery when local wars threatened. He became a hermit recognized by the local people as a man of holiness. The people of Sorrento invited him to become the abbot of St. Agrippinus Monastery. While on Monte Angelo as a hermit, he lived with St. Catellus, former bishop of Castellamare. St. Michael the Archangel visited him on the mountain. He repelled an attack by the Saracens on Sorrento by a miracle after his death.