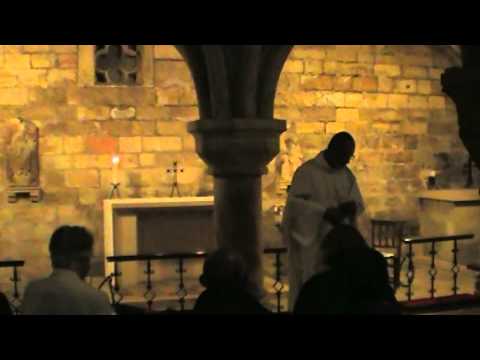 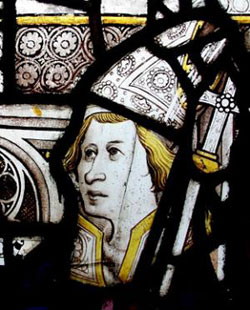 St. William of York, Bishop (Feast day is June 8th). William of York was the son of Count Herbert, treasurer to Henry I. His mother Emma, was the half-sister of King William. Young William became treasurer of the church of York at an early age and was elected archbishop of York in 1140.

William's election was challenged on the grounds of simony and unchastity. He was cleared by Rome, but later, a new Pope, the Cistercian Eugene III, suspended William, and in 1147, he was deposed as archbishop of York.

William then retired to Winchester where he led the austere life of a monk, practicing much prayer and mortification. Upon the death of his accusers and Eugene III, Pope Anastastius IV restored William his See and made him archbishop. However, after one month back in York, the saintly prelate died in the year 1154. Some claim he was poisoned by the archdeacon of York, but no record of any resolution in the case remains extant. Pope Honorius III canonized William in 1227.