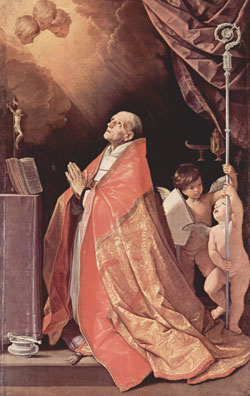 Carmelite miracle worker and papal legate. He was born in Florence on November 30, 1302, a member of the powerful Corsini family. Wild in his youth, Andrew was converted to a holy life by his mother and became a Carmelite monk. He studied in Paris and Avignon, France, returning to his birthplace. There he became known as the Apostle of Florence. He was called a prophet and miracle worker. Named as the bishop of Fiesole in 1349, Andrew fled the honor but was forced to accept the office, which he held for twelve years. He was sent by Pope Urban V to Bologna to settle disputes between the nobles and commoners, a mission he performed well. Andrew died in Fiesole on January 6, 1373. So many miracles took place at his death that Pope Eugenius IV permitted the immediate opening of his cause.