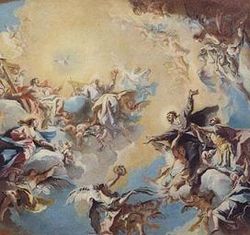 Martyr. Adauctus and his daughter, Callisthene, were caught up in the persecutions of co-Emperor Maximinus Daia (r. 310-313). The Caesar or junior emperor of Syria and Egypt and a pagan who opposed the Church, Maximus Dala was halted in his persecutions by Constantine's Edict of Milan in 312. A year later he was forced to poison himself. During the persecutions, Adauctus was executed in Ephesus. His daughter, Callisthene, was not martyred, and spent the rest of her life doing works of mercy.