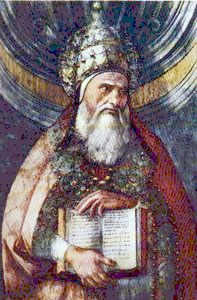 Pius, a native of Aquileia, was elected pope c. 140. He presided over the council that excommunicated Marcion in 144; Pius also combatted gnosticism. He is supposed to have been the brother of the Shepherd of Hermas and to have known Justin Martyr. Pius died c. 154 and is first mentioned as a martyr in the IX Century.

Continue reading about St. Pius I