On March 8, 2014, Malaysia Airlines Flight 370 vanished from radar with 239 passengers and crew on board. 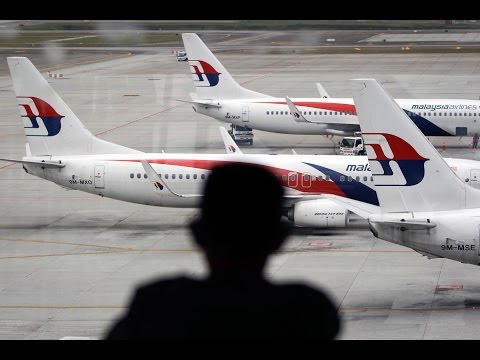 LOS ANGELES, CA (Catholic Online) - Since then, over twenty pieces of debris confirmed to belong to Flight 370 have been recovered, but deep-sea sonar searches for the main wreckage has yet to reveal anything.

Search parties and specialty crews have been conducting a 46,000-square-mile sweep of the Southern Indian Ocean but unless new evidence emerges, the hunt will officially come to a close.

The major piece of evidence was a wing flap, known as a flaperon.

It washed ashore on Reunion Island off the eastern coast of Africa July last year and has helped analysts piece together what might have happened.

By replicating the flaperon, investigators were able to discover how the debris moved across the water. The replicas were set adrift in an experiment to determine where the plane may have crashed into the sea.

According to the Chicago Tribune, preliminary results of the analysis, published Wednesday, suggested the debris may have originated in the area currently being swept.

The transport bureau released a statement to say the analysis of recovered debris remains ongoing and the results will likely be refined.

In the meantime, friends and family members have been unable to believe their loved ones are lost to the sea.

Conspiracy theories have been circulating among mourning family members, who believe the debris was fabricated and the plane abducted their loved ones.

The families came together to release a joint statement reading: "We believe our loved ones may still be alive and are being held at an undisclosed location for unknown reasons. In the absence of proof to the contrary, we believe it is possible the missing may still be alive. If this is so, we would willingly grant the perpetrators amnesty in return for the release of the missing."

Authorities remain unable to convince the group otherwise, though a fresh analysis of the debris has suggested the wing flap was not deployed when the plane plunged into the ocean.

Peter Foley, the Australian Transport Safety Bureau's director of Flight 370 search operations, previously explained if the flap was not deployed, it almost certainly ruled out the theory of Flight 370 entering the water in a controlled ditch.

He stated: [It] means the aircraft wasn't configured for a landing or a ditching - you can draw your own conclusions as to whether that means someone was in control. You can never be 100 percent. We are very reluctant to express absolute certainty."

The shocking discovery points to a pilot not stationed at the controls when the flight nose-dived into the waters below.

So where were the pilot and co-pilot? Unfortunately, there is no was to know.

With the new evidence in mind, all search parties continue to use satellite data, preliminary results from drift modeling and end-of-flight simulations in their attempts to determine the location of downed Flight 370.