Some of the greatest challenges to ending hunger worldwide are "fragile states" threatened by instability, conflict, and climate change, a new humanitarian report says. 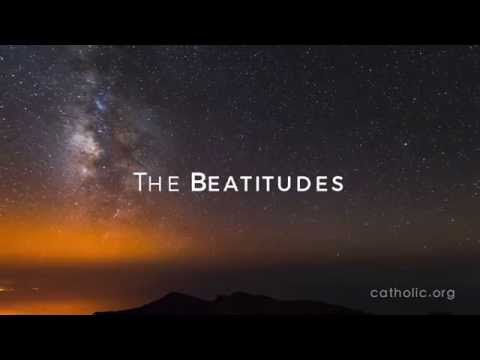 Washington D.C. (CNA/EWTN News) - Yet despite this, one initiative believes poverty-induced hunger can be eliminated in 13 years - and that there's already been movement toward this goal.

"We will never be able to end hunger or extreme poverty unless the United States and the international community focuses attention and resources on the challenges facing fragile states," Rev. David Beckmann, president of Bread for the World Institute, stated on Monday.

"Hunger and poverty in these countries are only going to get worse due to climate change."

The institute, a non-profit that educates on ending hunger, unveiled the 2017 Hunger Report at the National Press Club on Monday. The annual report is advertised as "the Institute's largest annual analysis of the state of world hunger."

Ending world hunger by 2030 is one of the Sustainable Development Goals, a set of goals adopted last year by world leaders at a United Nations summit. The goals are set through the year 2030. Ending hunger is a massive undertaking, Monday's report admitted, but progress has been made in recent years in fighting poverty.

"From 1990 to 2015, the global poverty rate was cut by more than half. In 1990, 1 in 4 people experienced hunger; today it's 1 in 9," a group of religious leaders admitted in a statement at the beginning of the report. "We are humbled by the opportunity God has given us to contribute to this progress."

Yet the leaders admitted that "the road to ending hunger and poverty will be far from easy."

In order to accomplish this massive goal, the countries with the worst situations must be helped first, the report said, noting that "if we continue on the current path, it is estimated that by 2030, two-thirds of the people who experience hunger will live in fragile states."

What are these "fragile states" and why are their needs so important? They have the worst rates of hunger with three common causes - "civil conflict, poor governance, and vulnerability to climate change," the report stated.

Since widespread poverty creates more opportunity for conflict and terrorism, these states are "perhaps the greatest challenges on the road to 2030," the statement by religious leaders said.

These countries "are a national security issue for the United States," Rev. Beckmann stated. "Extreme poverty and hunger combined with a growing youth population in these countries can provide fertile ground for terrorism and trafficking."

Some of the worst examples of these states are Syria and South Sudan, the report explained.

For instance, "within two years of the start of the Syrian civil war, the country had lost 35 years of development gains, including 3,000 schools damaged or destroyed, another 2,000 converted to shelters for displaced people, nearly a third of all public health centers destroyed, half the population living in poverty, and half the workforce unemployed."

And "not all fragile states are low-income," the report said, noting that "Syria and Iraq are middle-income fragile countries" because of sustained conflicts in those countries. "No amount of humanitarian and development assistance can help if large groups of armed people continue killing one another or sowing terror."

And the causes of instability, like climate change and conflict, can be interrelated.

What can be done to solve the problems in these countries, which are either rising or already full-blown crises? The U.S. must focus on not only effectively delivering aid, but empowering the citizens to support themselves, through investment.

The report cited Pope Francis here, noting that a solution "requires participation from people who are living in poverty and enduring hunger." It quoted from Pope Francis' Sept. 2015 address to the Sustainable Development Goals summit, "to enable these real men and women to escape from extreme poverty, we must allow them to be dignified agents of their own destiny."

"Some of the other policy recommendations included "allowing for much greater flexibility" in foreign aid, investing in rural agriculture and the creation of jobs to fight poverty and unemployment, and helping other countries "respond to natural disasters."

"The challenges we see are not new to people of faith. Vulnerable communities are part of the sacred stories highlighted in Scripture," the statement by religious leaders read, noting Biblical accounts of natural disasters and conflict.

"With abiding faith and courage, we address this challenge called fragility as a barrier to ending hunger - for all people regardless of their faith tradition. We urge the U.S. government and the international community to come together to invest more in fragile countries to promote peace, create stability and opportunity, and build resilience."