Here's what the Catholic Church says about suicide

Suicides are up 30 percent since 1999. This week, fashion designer Kate Spade and chef Anthony Boudain both hanged themselves. Why are so many people killing themselves? And what should people know before considering the choice to end their own life? 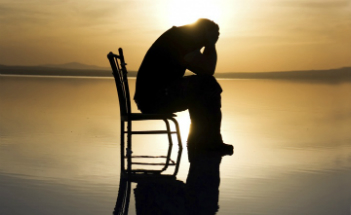 Suicide is a violation of the Fifth Commandment, but it is a complex problem that requires more than spiritual consideration, but also professional help. Love and affection can also go a long way to helping a person.

LOS ANGELES, CA (California Network) - Suicides are on the rise, and the recent spate of celebrity deaths only contributes to the phenomenon. Ordinary people who have less access to healthcare and treatment can be influenced by celebrities to do likewise. This makes it important to communicate with people who could be at risk.

Suicide can be caused by a number of factors, with depression being a leading cause. Depression is a normal, often temporary condition that can be caused by illness or the loss of a loved one. In the cases of Spade and Bourdain, both were dealing with relationship losses.

There are more serious cases of depression where people suffer from mood disorders.

The good news is most cases can be treated with medications and therapy, and most people who are treated can resume a normal lifestyle. Many even find happiness again. But during depressive episodes, which can last a very long time, victims have difficulty appreciating that they can and will probably recover. Many are overwhelmed by hopelessness and it can consume their waking thoughts.

To escape these feelings, some people choose suicide.

The consequences of suicide are more profound than the death of the victim's body. There is the deep feeling of loss felt by those closest to the victim. Even people who are not close to the victim can be profoundly affected, especially if they are empathetic or emotional people.

Family members, including children, suffer tremendously when a loved one commits suicide. People who commit suicide do not often appreciate how much they are loved by others, which contributes to their division. They are mistaken.

There are also spiritual consequences for suicide.

The Catholic Church teaches that suicide is a violation of the Fifth Commandment, "Thou shall not kill."

For a person to commit what could be a mortal sin as their final act creates tremendous problems for everyone. The tormented soul offends God as a final act of free will. God is compelled to respect the decisions we make under free will. While the Church is clear that God's mercy is tremendous, and we are certain God understands the human heart, no matter how tormented, it is difficult to be assured of a person's spiritual fate when they commit suicide.

For a sin to be mortal, a person must know and understand what they are doing and choose to do it anyway.

No person has the right to state that another person is condemned because they commit suicide. Such a claim is itself sinful because only God has this knowledge. Only God can judge. And we believe in a God who is merciful and loving, and who understands better than any doctor why a person chooses to take their own life.

But let's be clear, suicide is not okay. It is not noble, it is not courageous or laudable. It is contrary to love for God and self, not to mention our neighbors.

Any person who is at risk for suicide should receive prompt professional help. There are options, even if a person cannot pay for care. If a friend confides in you they are contemplating suicide, it is critical to intervene and break up any plans they may have made. This can be accomplished by taking them out of an environment, removing objects they may use, and informing others who can help.

A call to 911 will summon authorities who can intervene immediately. Generally, such a call will result in a person being sent to a hospital for observation, a period which can last for a few days. Such a detention may be carried out against a person's will and feel more like an arrest than an intervention.

There are suicide hotlines. The National Suicide Hotline is 1-800-273-8255. They can help by providing critical information and what steps to take.

Many people who commit suicide do so because they feel lonely, left out, forgotten. Reach out to people who are shut in, who are withdrawn, and who have recently suffered heartbreak. It will not be easy. Heartbroken and lonely people can become upset with you, or they can latch on and talk endlessly about their misery. It's a tough job sometimes, to be a friend. But a hug or a listening ear can make the difference between life and death.

Finally, bear in mind that you are probably not a trained professional. If at any time you feel you or a loved one is in danger, seek immediate professional help. It's important to follow whatever prescription or advice is given.

Let us pray for the victims of suicide, may God grant them mercy and salvation.

Let us pray for those contemplating suicide, may God show them a better way.

Let us pray for those left behind, may God ease their suffering.

Let us pray for those who treat people in danger, may God guide their work.

Let us pray for all, that we may come to know God and His love for us. Knowing how much God loves us, and that God never abandons us, may we embrace His plan for our lives and live fully in His grace.