Jesus, who is the way, the truth and the life, must be the center, the criteria and the model for our daily lives. This is what it means to be a disciple of Jesus.

Had Jesus of Nazareth been a Roman or a Greek, certainly his contemporaries would have left behind statues in his honor. However, because the Jews had a strict understanding of idolatry, their interpretation of the Mosaic Law did not allow them to make any images whatsoever of any human person. It would have been interesting if we had been left something that would illustrate the physical attributes of the Lord.

Throughout the centuries, there has been much discussion on the subject. The Shroud of Turin and Veronica's veil tell us a lot about his Middle Eastern features; however, our faith is best served by depending on the one authenticated source, the Gospels. 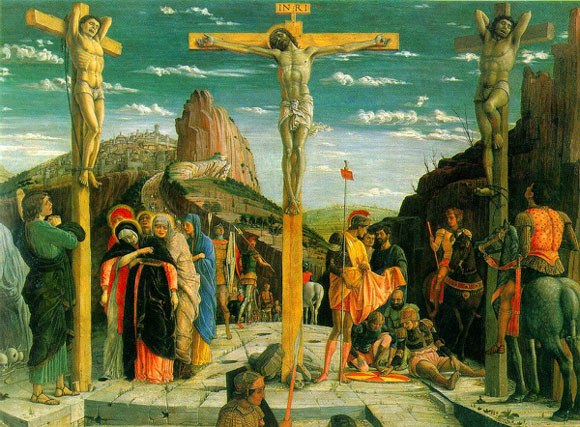 The accounts written by the Evangelists depict Our Lord's great capacity for physical activity. The long hours spent at hard work in the carpenter shop had prepared him well for the grueling task of his public ministry.

He walked many miles under the blazing Middle Eastern sun in order to preach the Kingdom of God. He slept many nights under the stars, and he spent much of that time in the bliss of silent prayer. He found little time to eat because of the multitudes seeking his healing touch, and yet when he did find time to rest, he slept so profoundly that not even a terrible storm could awaken him.

His body was strong and so was his soul. During the hours of tribulation in Gethsemane, he persevered in profound prayer while the apostles slept. When Joseph of Arimathea requested his body for burial, Pilate was surprised to discover that Jesus had died so quickly. Pilate knew that he had encountered a strong Galilean.

Jesus did not display his divinity in the manner of the mythical figures of Greek and Roman literature. He did not fly from place to place as though he were some sort of superman. Amazingly, in him the supernatural and the natural were interwoven. His divinity seemed so simple and normal.

No mysterious beams of light, flashes of lightning, or peals of thunder occurred as he performed his miracles. Instead, it was enough for him to touch, or be touched.

Only once did he show the magnificence of his divinity before a select group of apostles. Even then, during the Transfiguration, the experience was brief, simple, and discreet.

Aside from his physical attributes, Jesus knew exactly what he wanted. He was one with his mission. Everything that he did proceeded from his passionate desire to fulfill the will of the Father.

Unlike the complicated discourse of many philosophers and religious leaders, Our Lord's teaching is simple and easy enough for everyone to understand. However, the message is so clear and precise that his words are irresistible to all those who listen.