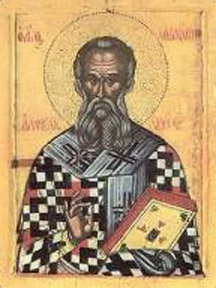 Pope Anastasius I was among the first to condemn the works of Origen. Elected to the papacy in 399, Anastasius was a Roman by birth, and little is known of his early life. In 400, he arranged a council to consider the writings of Origen, after receiving a letter from Patriarch Theophilus of Alexandria expressing strong doubt about Origen's fidelity to Christian teaching. The council condemned Origen's work as heterodox, and Rufinus of Aquiliea wrote to the pope to defend his translation of Origen's First Principles, which St. Jerome had attacked. Anastasius upheld the council's decision. He also urged the church in North Africa to continue its struggle against Donatism. He died in 401 and was buried in the cemetary of Pontian.

Continue reading about St. Anastasius I