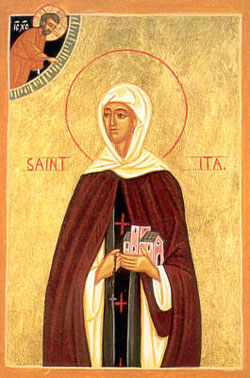 Ita was reputedly of royal lineage. She was born at Decies, Waterford, Ireland, refused to be married, and secured her father's permission to live a virginal life. She moved to Killeedy, Limerick, and founded a community of women dedicated to God. She also founded a school for boys, and one of her pupils was St. Brendan. Many extravagant miracles were attributed to her (in one of them she is reputed to have reunited the head and body of a man who had been beheaded; in another she lived entirely on food from heaven), and she is widely venerated in Ireland. She is also known as Deirdre and Mida. 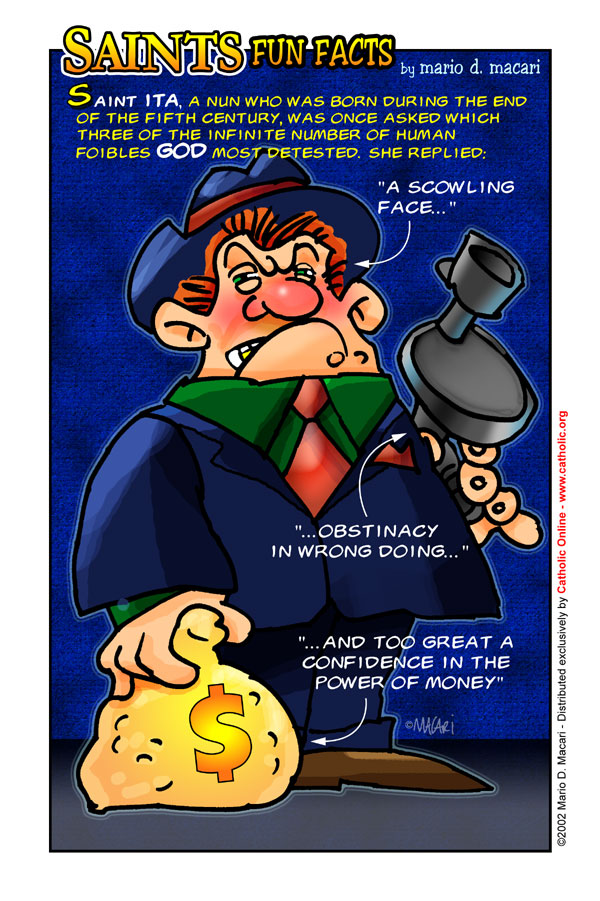