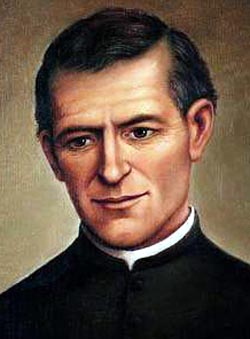 Born to a poor farming family, he spent his youth as a mountain shepherd, using his solitary time for prayer. During a parish mission in May 1835, he realized a call to the priesthood, a calling he attacked with prayer which led to financial aid that allowed him to study at Genoa. Ordained on 19 September 1846.

Priest at Saint Martin d'Albaro in 1846, then the Church of Consolation in Genoa in 1854. Chaplain of the provincial orphanage in 1874, a post he held for 22 years. Prison chaplain, working especially with those condemned to death.

He established a residential school to train young women who were in danger of starvation or falling into prostitution because they had no support. On 15 October 1876, he founded the Institute of Sisters of the Immaculata to run this and other residential centers he established.