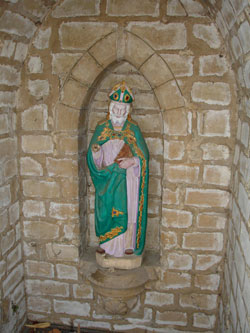 Praejectus (d. 676) + Martyred bishop of Clermont, also called Prest, Prix, and Projectus. Bom in Auvergne, France, he studied under Bishop Genesius and was himself appointed bishop of Clermont in 666. Known for his zeal and learning, he also promoted monasticism, built churches and hospitals, and was conspicuous in his help for the poor. He was assassinated near Clermont, with St. Amarin, abbot of a monastery in the Vosges, by a group of soldiers who thought he had taken part in the execution of their leader who had been accused of conspiring against King Childeric of Austrasia.