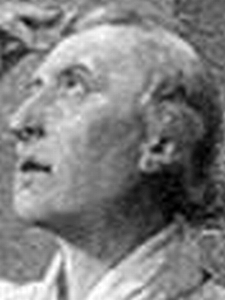 Blessed Noel Pinot, Priest and Martyr (Feast - February 21) Noel was born at Angers in 1747. He became a priest and excelled in ministering to the sick. In 1788, he was made pastor at a parish in Louroux Beconnais, which he revitalized spiritually through his piety and preaching. In the wake of the French Revolution then in progress, priests were required to take an oath that went against the principles of the government of the Church. Father Noel refused to take it and was sentenced to be deprived of his parish for two years. Nonetheless, he continued to carry out his ministry in secret. Later, the holy priest even took clandestine possession of his parish and continued his pastoral work, managing to avoid capture for his defiance of the Revolutionary edict. However, one day while fully vested for Mass, Father Noel was captured and dragged through the streets to the jeers of hostile spectators and soldiers. He remained in jail for twelve days and was given the death sentence for refusing to take the oath. The holy priest went to the guillotine still vested for Mass and uttering the words that began the pre-Vatican II Mass: "I will go to the altar of God, to God who gives joy to my youth." He joined his sacrifice to that of his Master on February 21, 1794, and was beatified in 1926. Confronted with a choice of taking a false oath or facing death, Blessed Noel placed his trust in Christ and his redemptive sacrifice rather than in the leaders of the French Revolution. His action cries out for us to obey God rather than human beings.