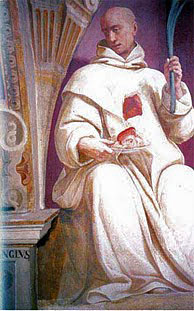 One of the Forty Martyrs of England and Wales. After joining the Carthusians, he served as prior of the Charterhouse at Beauvale, Nottinghamshire, at the time when King Henry VIII of England broke with Rome and launched the Dissolution of the Monasteries. Robert went with St. John Houghton to see Thomas Cromwell, who had them arrested and placed in the Tower of London. When they refused to sign the Oath of Supremacy, they were cruelly tortured and executed at Tyburn, making them among the first martyrs from the order in England. Beatified in 1886, Robert was canonized by Pope Paul VI with the other martyrs in 1970.