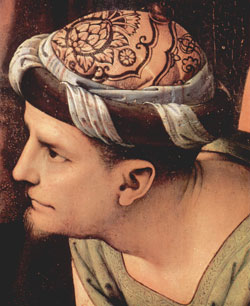 The councillor (Lk 23:50) who, after the Crucifixion, requested the body of Christ from Pontius Pilate and provided for a proper burial for Christ. An immensely popular figure in Christian lore, Joseph was termed in the New Testament the "virtuous and righteous man" (Lk 23:50) and the man "who was himself awaiting the kingdom of God" (Mk 15:43). Described as .... . secretly a disciple of Jesus for fear of the Jews, [he] asked Pilate if he could remove the body of Jesus. And Pilate permitted it" (In 19:38). According to the apocryphal Gospel of Nicodemus, he helped establish the community of Lydda. He also was a prominent figure in the legends surrounding the Holy Grail, appearing in Rob­ert de Barron's early thirteenth-century romance Joseph d 'Arirnathea, William of Malmesbury's twelfth-century De Antiquitate Glastoniensis Ecclesiae, and Thomas Mallory's famed Morte D 'Arthur; William of almesbury's tale recounts Joseph's arrival in England with the Holy Grail and the building of the first church on the isle at Glastonbury; the passage on Joseph, however, was added in the thirteenth century. 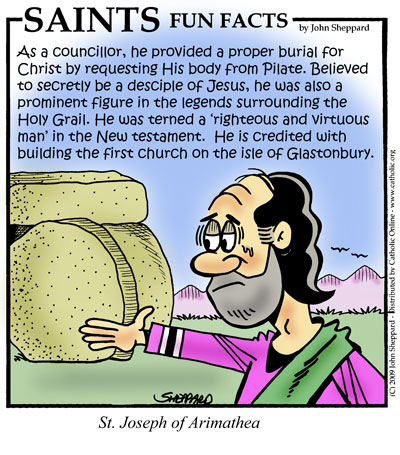