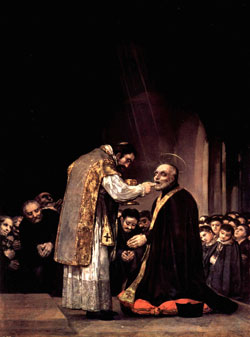 Founder of the Religious Schools, called the Scolopi or Piarists. Joseph was born in Peralta, Aragon, Spain. He went to Rome in 1592 and joined the Confraternity of Christian Doctrine, founding his congregation as a result of his work with neglected children. Joseph suffered unjust accusations but was restored as head of his congregation before he died. He was canonized in 1767.