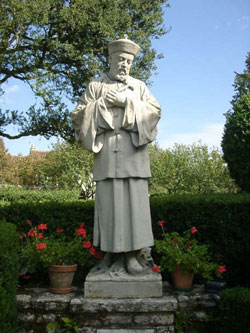 Martyr of China: He was a Vincentian from Puech, France, who was ordained in 1826. In 1835 he volunteered for the missions of China and went to Honan, where he rescued abandoned children. When the persecution started, John was arrested and tortured for a year. On September 11, he was strangled to death. Pope Leo XIII beatified him in 1889, making him the first martyr in China to be so honored. Pope John Paul II canonized him in 1996.