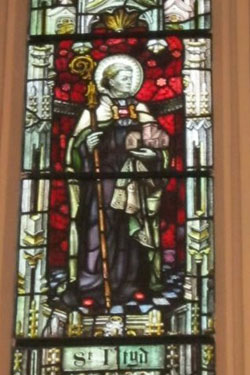 One of the most revered saints of Wales, by tradition a cousin of the fabled Kin Arthur of the Britons. Reportedly a Briton, he and his wife Tyrnihild lived as members of a Glamorgan chief's army until they became hermits near the river Nadafan. Illtyd then studied with St. Dudricius and founded the great abbey of Llanilltud Fawr in Glamorgan, Wales. He was a disciple of St. Cadoc. According to one Welsh legend, Illtyd was one of the three Knights of the Holy Grail. He died in Brittany.