St. Gabriel Francis of our Lady of Sorrows 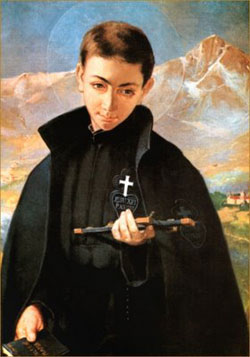 Passionist monk who died young. Born Francis Possenti in Assisi, Italy, in 1838, he was seriously ill as a child. He joined the Passionists in Morovalle in 1856 and died in Isola of consumption six years later. Gabriel was canonized in 1920. His cult was confined to local calendars in 1969.

Continue reading about St. Gabriel Francis of our Lady of Sorrows