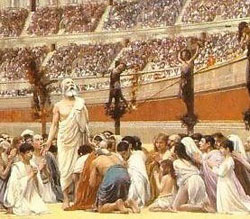 The holy men and women are also called the "Protomartyrs of Rome." They were accused of burning Rome by Nero , who burned Rome to cover his own crimes. Some martyrs were burned as living torches at evening banquets, some crucified, others were fed to wild animals. These martyrs died before Sts. Peter and Paul, and are called "disciples of the Apostles. . . whom the Holy Roman church sent to their Lord before the Apostles' death."

Continue reading about First Martyrs of the See of Rome

First Martyrs of the See of Rome Fun Facts 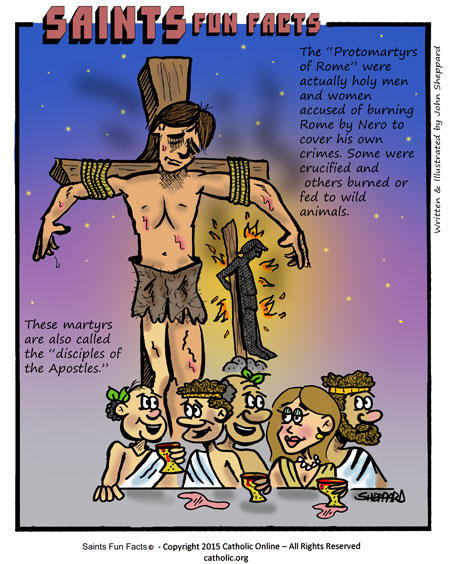