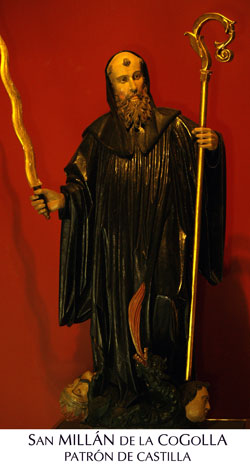 One of the patron saints of Spain, called La Cogalla, "the Cowled." A shepherd from La Rioja, in Navarre, Spain, he was ordained a priest after many years as a hermit. He was made pastor of the parish in Berceo but became a hermit again. In time so many joined him that he founded a hermitage that became the Benedictine Abbey of La Cogalla.