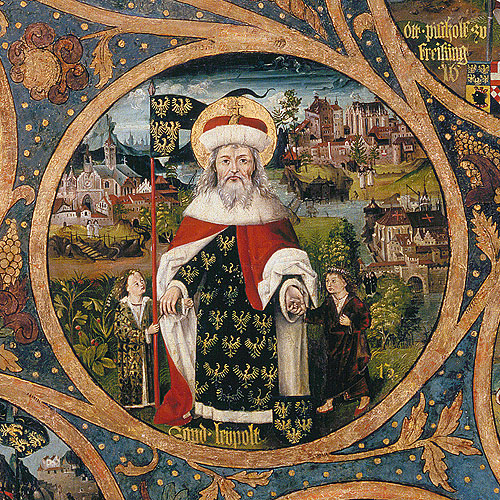 Leopold was born at Melk, Austria, in 1073. He was educated by Bishop Altman of Passau, and at the age of twenty-three, he succeeded his father as military governor of Austria.

In 1106, Leopold married Emperor Henry IV's daughter, who bore him eighteen children, eleven of whom survived childhood. Known for his piety and charity, in 1106 he also founded three monasteries.

In 1125, Leopold refused to become Emperor upon the death of his brother-in-law, Henry V. He died in 1135 at one of the monasteries he had founded. He was canonized by Pope Innocent VIII in 1486.

When one carries out the duties of one's state of life with fairness, justice, and virtue, as did Leopold, many people are won over not only to a peaceful political scene, but also to a life of faith and virtue. His feast day is November 15.