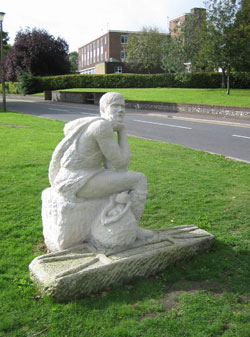 A saint of southern England, a holy Shepard near Steyning in Sussex. He cared for his aging mother and, aided by his neighbors, built a church in Steyning. Cuthman, who was known for his miracles, was honored in the church that he built. His relics were later transferred to FeCamp, in France.