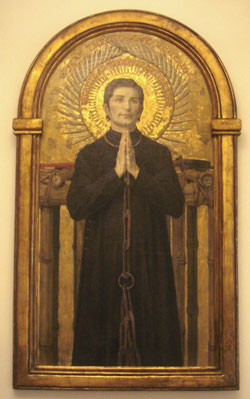 Martyr of Vietnam. Born on November 21, 1829, and originally from the diocese of Poitiers, France, he entered into the Foreign Missions of Paris and was ordained in 1852. Sent to Vietnam two years later, he devoted his time to teaching in a seminary until his arrest and brutal martyrdom. Theophane was chained in a cage for months and then beheaded. He was canonized in 1988 by Pope John Paul II.