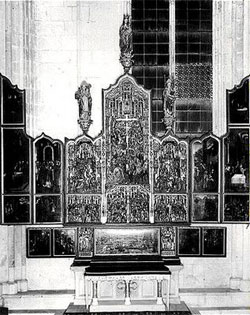 Also called Agilulf, a martyr and the archbishop of Cologne, Germany. He also served as abbot of Stavelot, and his life was written by a monk of the Benedictine house located in Malmedy, France. Agilulfus was from a good family and gained a reputation at Stavelot. Named archbishop of Cologne, he tried to persuade King Pepin not to name his illegitimate son Charles Martel heir to the throne, and was slain as a result. His remains were taken to the Church of Our Lady of the Steps in Cologne where they were venerated. He also received a commendation from Pope Zacharius in 747.