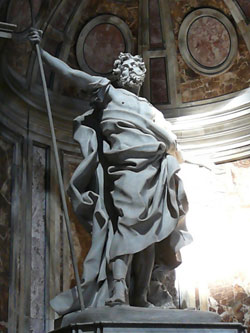 St. Longinus is the centurion who pierced the side of Our Lord while He was hanging on the Cross. St. Longinus, who was nearly blind, was healed when some of the blood and water from Jesus fell into his eyes. It was then he exclaimed "Indeed, this was the Son of God!" [Mark 15:39]. St. Longinus then converted, Left the army, took instruction from the apostles and became a monk in Cappadocia. There he was arrested for his faith, his teeth forced out and tongue cut off. However, St. Longinus miraculously continued to speak clearly and managed to destroy several idols in the presence of the governor. The governor, who was made blind by the demons that came from the idols, had his sight restored when St. Longinus was being beheaded, because his blood came in contact with the governors' eyes. St. Longinus' relics are now in the church of St Augustine, in Rome. His Lance is contained in one of the four pillars over the altar in the Basilica of St Peter's in Rome. 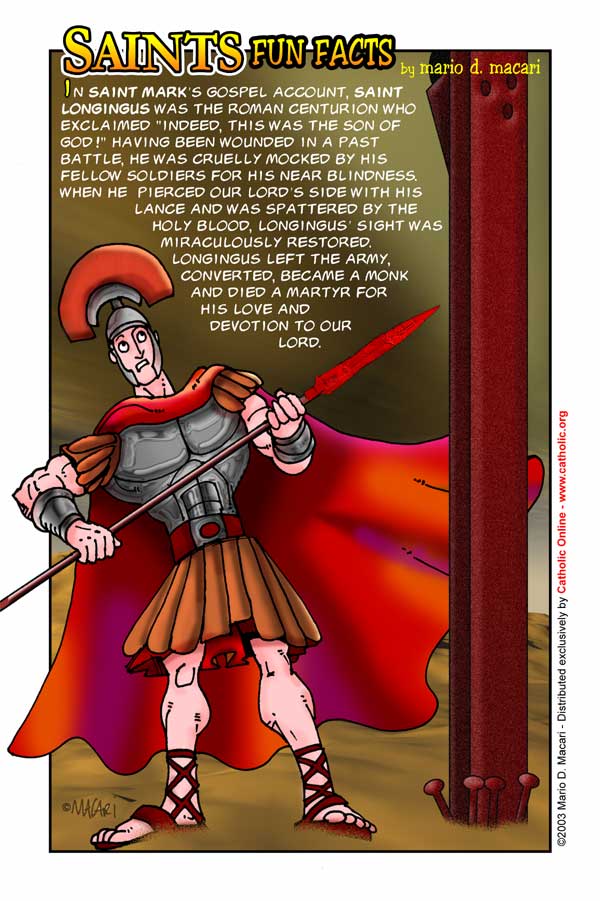