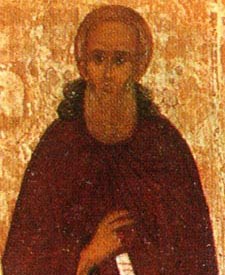 Apostle to the Russian people and founder of religious institutions. He received many graces even before converting to Christianity and becoming a model of the faith. Born in Galicia, Russia, Abraham followed the pagan beliefs of the region. He was stricken with a severe disease and called upon Christ in his sufferings, whereupon he was healed miraculously. In gratitude, Abraham became a Christian and was baptized. He became a monk, and went to the city of Rostov where he began his apostolate among the pagans. He built two parish churches as well as a monastery. Many institutions for the poor and suffering were also started by this apostle of the faith.