Scientists discover the fastest-growing black hole that ends... everything

Free World Class Education
FREE Catholic Classes
Here is a black hole so large, it 'eats' as much as one star every day.

Scientists just announced the discovery of a supermassive black hole that eats and grows so much, it devours at least one star's worth of material each day. Black holes are places where it's thought the universe as we know it comes to an end. 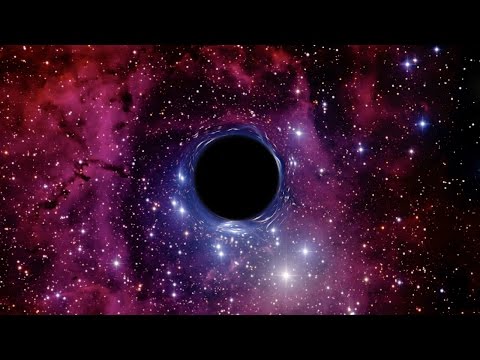 Black holes bend space and time itself so the laws of physics as we know them, may no longer apply.

LOS ANGELES, CA (California Network) - An unbelieveable black hole named J2157, lies at the heart of a distant galaxy, some 10.4 billion light years away. The behemoth is so massive, it is 8,000 times the size of the supermassive black hole in the center of our galaxy, the Milky Way. To measure this another way, it is 34 billion times the mass of our Sun.

The size of this object is incredible, with a Schwarzchild Radius of 670 AU. An AU is an "astronomical unit," or the average distance between the Earth and the Sun. Pluto is almost 40 AU from the Sun (39.5 to be more precise). J2157 is about as wide as sixteen or so Solar Systems. The Schwarzchild Radius is the radius of the event horizon around a black hole. The event horizon is the line beyond which anything that crosses can never return, including light itself.

Science is incapable of "seeing" beyond the event horizon of a black hole, so the only tools we have to imagine the inside of such an object are theoretical formulas. That's the technical term for "highly educated guess." The good news is, scientists have been making guesses about black holes for over a century, and many of their guesses which can now be tested have turned out to be correct.

What the formulas tell us is almost scary. Space and time break down entirely inside a black hole.

Space and time together form the fourth dimension, sometimes called "spacetime." One way to think about spacetime is to think about a sheet on a bed. Objects placed on this bed will warp the sheet, creating an indentation. We now know from extremely precise tests that spacetime is warped by objects with mass. Even our planet warps the spacetime around it, but the effect is rather tiny.

But black holes are different, they warp spacetime in a dramatic way because of their incredible mass. Scientists can even use them, as "lenses" because they bend the light of objects that are behind them, sort-of like the way a glass sphere distorts the light passing through it. Using special methods to correct for this warping, scientists can see what is in the distance behind them.

But perhaps the most incredible example of a black hole's mysterious nature is the way it warps time itself. As an object approaches a black hole, time slows down for the object. If a space traveler were to fly close to a black hole, then fly away, that astronaut would not experience any distortion of time. But back on earth, many more years would have passed, so much so that scientists believe this is one way we could travel into the future. How much time passes depends on how long the astronaut stays close to the black hole.

Of course, black holes are all quite distant, and very dangerous to approach because of the gravity and radiation around them, and there is no way to travel back in time. But at least in theory this trick could work, for a one-way journey to the future.  But humanity will probably never try it.

While these monstrous objects represent a place where space and time breaks down, we are safe from them on earth. There are none close enough to affect the orbits of our planets, or for our Sun to fall into. But they are remarkable to contemplate.

It is interesting to meditate on their role in creation. Every galaxy appears to have a supermassive black hole in the center, and while they destroy, they may also be critical to creation. Everything in creation has a purpose, even if we do not comprehend it.

But how awesome is our Creator who commands even these!