Longest Blood Moon eclipse of 21st century looms, along with bad news -- is it an omen?

The longest eclipse of the 21st century will occur on the night of July 28, 2018. The eclipse will last for a minute shy of 4 hours, and observers will watch the Moon turn the color of blood. However, the eclipse will not be visible in North America where it will be daytime. Some interpret the eclipse as a bad omen. 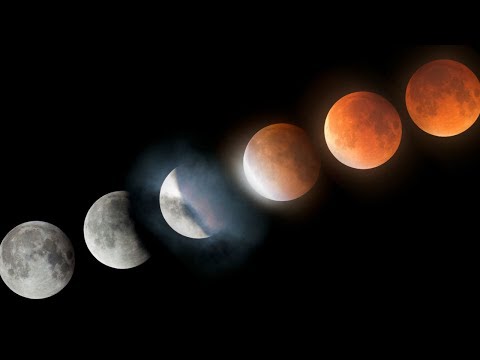 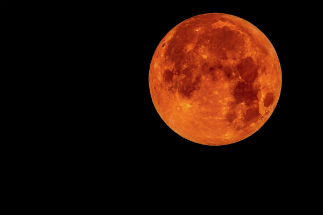 During a lunar eclipse, the moon can turn orange to blood red or black.

LOS ANGELES, CA (California Network) - The longest blood moon eclipse of the 21st century will occur on July 28, 2018. The eclipse will be three hours and fifty-nine minutes in duration.

The eclipse comes with some bad news, it will not be visible in North America. People in India and East Africa have will have the full display.

This is a bad sign. A dark red moon is a sign of a filthy planet, and it means we are breathing dirty, even toxic air.

For others, the blood moon is a bad omen, foretelling of war and famine. At the height of a total lunar eclipse, the moon turns black. For some, this is the worst omen of all, signifying death.

In ancient times, people would perform various rituals to end the eclipse.

Modern astronomers discount these notions. The moon is red due to dist and pollution, but few would argue the pollution is so bad as to be deadly. Still, it is not beneficial to have a dirty planet, even if it isn't fatal.

The black color comes from the moon passing through the core of Earth's shadow, where virtually no light can reach the surface of the moon.

A blood-red moon will grace the skies over much of the Earth, but North America will miss the show.

The length of the eclipse is also a simple accident of gravity. The moon is a bit farther to earth than usual, making the moon appear slightly smaller.  The difference is so slight that is will not be apparent to the naked eye. Even trained skywatchers will have difficulty telling any difference.

Some are predicting earthquakes during the eclipse, but this is a virtual impossibility. The moon passes close each month, but such passes have not been correlated with increased tectonic activity. Likewise, the moon is farther from Earth has a negligible effect.  Tidal forces are exerted on Earth and are most visible in the ocean tides. But solid rock does not behave as water does and it remains in place.

The moon would have to pass much closer to Earth to cause earthquakes.