St. Valentine: How a beheaded martyr became the poster child for romantic love

In most stores in the weeks leading up to St. Valentine's day, you're likely to find a plethora of pink and red cards, heart-shaped boxes of Russell Stover chocolates, and decor with nearly-naked chubby cherubs shooting hearts with bows and arrows. 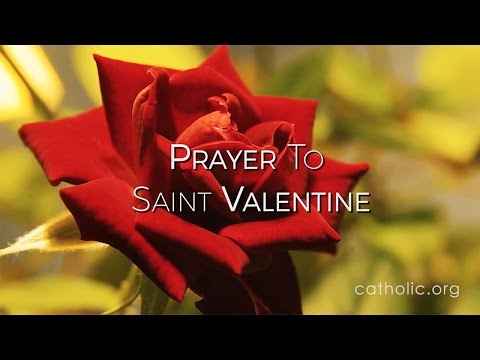 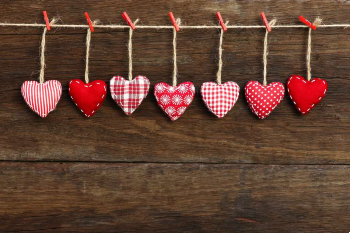 Chicago, Ill., (CNA) - In most stores in the weeks leading up to St. Valentine's day, you're likely to find a plethora of pink and red cards, heart-shaped boxes of Russell Stover chocolates, and decor with nearly-naked chubby cherubs shooting hearts with bows and arrows.

It's a far cry from the real Saint Valentine, an early Christian martyr who was bludgeoned and beheaded for his faith.

It's also a far cry from an early Roman fertility ritual also celebrated on February 14, where men ran through the streets slapping women with the flesh of recently-sacrificed animals.

So how did a saint with such a gruesome death come to be associated with a holiday all about love, chocolates, and chubby cherubs?

According to the Catholic Encyclopedia, at least three different St. Valentines were recorded in early histories of martyrs under the date of February 14. There are also accounts of an African St. Valentine, an early Christian who was persecuted along with his companions, but it seems that nothing else is known about this possible saint.

The St. Valentine celebrated today may have been two different people. One account holds that St. Valentine was a priest in Rome, and the other says that he was a bishop of Interamna (modern-day Terni). Both of these men were persecuted and ultimately killed for their faith, and buried somewhere along the Flaminian Way. It is also possible that they were the same person.

"He was either a Roman priest and physician who was martyred or he was the Bishop of Terni, Italy, who was also martyred in Rome, around 270 A.D. by Claudius the Goth," who was the Roman emperor at the time, said Fr. Brendan Lupton, an associate professor of Church history at Mundelein Seminary in Illinois.

St. Valentine - whether priest or bishop - was martyred on February 14, now celebrated as Valentine's Day. According to most accounts, he was beaten and then beheaded, after a time of imprisonment.

Local devotion to him spread, and Pope Julius I had a basilica dedicated to the saint built approximately two miles from Rome, over Valentine's burial place. His skull is now kept in the Basilica of Santa Maria in Rome, and is decorated with flower crowns on his feast day.

Lupton said St. Valentine was one of the first Christian martyrs when the general persecution of Christians started in the Roman empire.

"More or less at that time, especially around the mid-third century, there was sort of a crisis in the Roman world known as the Third Century Crisis, where the Roman world was really in great peril," Lupton told CNA. "There was a great amount of inflation. There were barbarian incursions at the time. There was lots of political instability. So that sort of unleashed the first general persecution of Christians. Prior to that time, there were local persecutions, but they were local and sporadic."

Some Valentine's Day traditions can be correlated with St. Valentine's life, such as the exchanging of cards, Lupton said, or the celebration of romantic love.

"One (account) was that he had befriended the jailer's daughter, where he was being imprisoned, and when he died, he left her a note inscribed with 'From your Valentine,'" Lupton said. Other accounts say that exchanging cards on Valentine's Day recalls how St. Valentine would send notes to fellow Christians from prison.

"Another story is that Claudius the Goth actually had prohibited marriage amongst soldiers. He felt that if soldiers were married, they'd be less devoted to the army, especially at that time and they needed as many troops as possible. So there was a legend that Valentine actually had married soldiers in secret," Lupton said.

Another way St. Valentine's Day may have come to be celebrated as a day of love was because the bird mating season was thought to begin around mid-February, Lupton noted.

St. Valentine's Day as it is known today was also instituted as a substitute for a cruder Roman holiday at the time, called Lupercalia, Lupton added.

Lupercalia was a popular feast celebrated in Rome, during which a group of pagan priests would sacrifice different types of animals and then run through the streets of Rome, slapping young women with the animal hides, a ritual that was thought to guarantee their health and fertility for the year.

"And so Pope Gelasius, he was around the fifth century...replaced the Lupercalia with Saint Valentine's Day," Lupton said.

Parts of Valentine's Day are entirely unrelated to the real St. Valentine. He did not, for instance, go around shooting people (or even hearts for that matter) with bows and arrows. That imagery was taken from the Roman god Cupid, who was also a god of love, Lupton said.

He also did not distribute chocolates to his loved ones; the real St. Valentine predates chocolates as we know them by more than 1500 years.

But Christians can still learn from the example of St. Valentine, Lupton said, even if they are not at risk of actual martyrdom.

"You could say that in some ways, although few are called to martyrdom as Christians, in almost every act of love, there's an element of self-sacrifice, self-renunciation," he said.