In his role as Vicar General, Monsignor Ricardo Urioste was one of the closest collaborators of Oscar Romero, the archbishop of San Salvador who was martyred for the faith in 1980 and beatified in 2015. 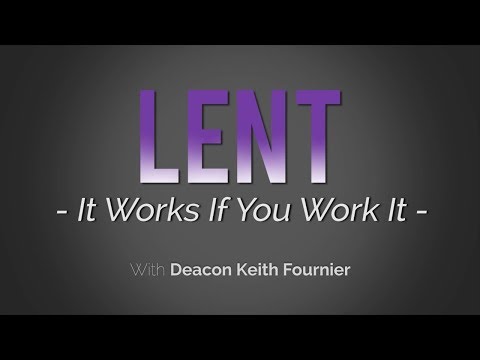 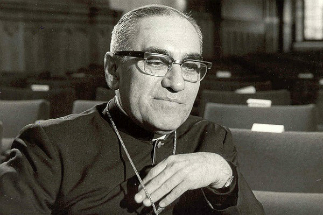 San Salvador, El Salvador (CNA/EWTN News) - And this monsignor has some stories to tell.

Among the most fascinating involve details surrounding the day Romero was killed, what the late archbishop really thought about the controversial and problematic Liberation Theology, and the fact that the martyr's insides hadn't decomposed when they were exhumed three years after his death.

Archbishop Romero was brutally killed while celebrating Mass on March 24, 1980 -- a time when El Salvador was on the brink of civil war. In February 2015, Pope Francis officially recognized his death as having been for hatred of the faith. This week, the Pope recognized a second miracle attributed to Romero's intercession, paving the way for his canonization.
Msgr. Urioste, who currently heads up the Archbishop Romero Foundation, said that during the time the martyr lived, whenever "he preached, spoke, was a pastor, they accused him of being communist, Marxist, a politician, and a thousand things."

However, he noted how after 12 years of extensive study on the life and writings of the archbishop, the Vatican never found anything that supported these claims.

In an interview with CNA, Msgr. Urioste revealed some of the lesser known facts surrounding the martyred archbishop, as well as his continuing legacy on the Church and the world at large.

What happened on the day Archbishop Romero died

Msgr. Urioste can easily recall the day that Archbishop Romero was killed, saying that it was "an ordinary day of work" for him.

In the morning, the archbishop had a meeting with a group of priests, and then they ate lunch together. Afterward he went to confession with his usual confessor, which was a priest named Fr. Segundo Ascue.

Once he confessed, Archbishop Romero went to celebrate a 6 p.m. Mass in San Salvador's hospital of Divine Providence, which was staffed by nuns. The Mass, Mons. Urioste recalled, had been widely publicized throughout the diocese.

While he was celebrating Mass in the hospital's chapel, the archbishop was shot in the chest from outside.

Msgr. Urioste said that after getting a phone call informing him of what happened, "I immediately went to the hospital, and he was already taken to the polyclinic. A television set arrived, they interviewed me, and after I went to the hospital where he was."

He recalled how as the sisters were going to embalm Archbishop Romero's body, he told them "please be careful not to drop his insides anywhere, but that they pick them up and bury them, and they did, burying them in front of the little apartment he had in the hospital where he lived."

Three years later, on the occasion St. John Paul II's visit to the country, the nuns of the hospital "made a monument to the Virgin in the same place where we had buried (Romero's) insides."

"When they were digging they ran into the box and the plastic bag where they had placed the insides, and the blood was still liquid and the insides didn't have any bad smell," he revealed.

"I don't want to say that it was a miracle, it's possible that it's a natural phenomenon, but the truth is that this happened, and we told the archbishop at the time (Arturo Rivera y Damas), 'Look monsignor, this has happened,' and he said 'Be quiet, don't tell anyone because they are going to say that they are our inventions,'" he said.

However, "Pope John Paul II was given a small canister with Archbishop Romero's blood," he noted.

Msgr. Urioste recalled that when John Paul II arrived to San Salvador, the first thing he did "was go to the cathedral without telling anyone. The cathedral was closed, they had to go and look for someone to open it so that the Pope could enter and kneel before the tomb of Archbishop Romero."

John Paul II asked during his visit that no one manipulate the memory of Archbishop Romero, Msgr. Urioste recalled, and lamented how "they politicized him."

One of the things that the Church in El Salvador wants, Msgr. Urioste said, is that "the figure of the archbishop, known now a little more than he was before, is a cause for reflection, a motive for peace, a motive for forgiveness, a motive for reconciliation with one another, and that we all have more patience to renew ourselves and follow the paths that Archbishop Romero proposed to us."

"I think that (Romero's) figure is going to contribute a lot to a better meeting and reconciliation in El Salvador," he said.

Despite the many accusations leveled against the archbishop of San Salvador, his Vicar General said that Romero "never had a Marxist thought or Marxist ideology in his mind."

"If there had been, the Vatican, which has studied so much, would not have beatified him, if they had found that he had Marxist interests."

The real backbone of his closeness to the poor, he said, was the Gospel and the teaching of the Church.

"He was a servant of the Gospel, he never read anything from Liberation Theology, but he read the Bible."

Msgr. Urioste noted that the archbishop's library, "had all these books from the early Fathers of the Church, from the current Magisterium of the Church, but (he) never even opened any of the books from Liberation Theology, or Gustavo GutiĂ©rrez, or of anyone else."

"He read the Bible and there he encountered a Jesus in love with the poor and in this way started walking toward him," he said.

One of the most distinguishing characteristics of Archbishop Romero was "his great sense of work. He was an extremely hardworking man and devoted to his work day and night ďż˝" until midnight and until dawn," Msgr. Urioste said.

He recalled how the archbishop would begin to prepare his Sunday homilies the day before, and would always include three reflections on the Eucharist. When Romero preached, he made frequent reference to the Fathers of the Church, based his comments on Church teaching and related his thoughts to the country's current reality.

"A homily that doesn't have this relation with what is happening sounds the same here as in Ireland, in Paris, as anywhere," the priest said.

He recalled how in Romero's time the government was "a ferocious military dictatorship, which had 'national security' as its theme."

Everyone who either sided with the poor or expressed concern for them "was accused of being communist, they were sent to be killed without thinking more. There were 70,000 deaths like this in the country at that time," Msgr. Urioste noted.

"The social economic reality was of a lot of poverty, of a great lack of unemployment, of low wages."

Ultimately, Archbishop Romero's beatification, the monsignor said, was "a triumph of the truth."

A verison of this article was originally published May 23, 2015.