Sign of the Times - Op Ed by Kevin Burke

You're a middle-class Christian.  You're married and have kids and you gather each Sunday with your fellow Christians to worship the Lord.   You work hard, and are trying to raise your children with solid faith and values, in an increasingly hostile culture. 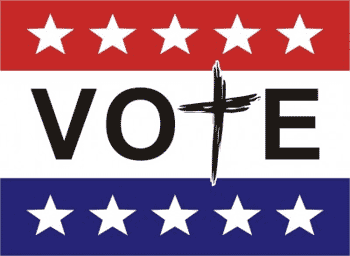 You find the political climate of the last few years toxic and annoying.  It often looks and sounds like a bunch of loud-mouthed kids fighting in the school yard.  You think it's irrelevant to your daily life, so you haven't voted in the last few elections; you're not even sure if you are still registered to vote.

Your opinion of Trump is influenced by what you have heard about his life before the presidency and the unrelenting negative media coverage; his multiple marriages, and his brash and at times bombastic New York personality.

Signs of the Times

Jesus admonished the religious leaders of his day that they failed to recognize the "signs of the times." (Matthew 16: 1-4)  This would lead to the rejection of their Messiah, and brought great pain and suffering to their people and nation.

We are living in a time when all the "signs" reveal that one of our national political parties has embraced a radical social agenda that is a direct attack on the faith and values of conservative, and even moderate Christians.

The recent choice of Kamala Harris as the Democratic candidate for vice president is being presented by major media outlets like the New York Times as the wise choice of a "pragmatic moderate."

Nothing could be further from the truth.

From Fox News:
According to GovTrack's legislative-vote analysis, Harris is "Ranked most liberal compared to all senators." With a score of 0.0, Harris was the 100th most conservative senator. Sanders was No. 99, with a 0.02. So, [Harris] actually votes to the left of Bernie Sanders.

Does that sound like the voting record of a pragmatic moderate?

When undercover journalists revealed that Planned Parenthood was selling the body parts of aborted children, some harvested while the child's heart was still beating, the attorney general of California - Kamala Harris -  went Gestapo on one of the whistle-blower journalist David Daleiden.

Her agents forced their way into his apartment and turned the place upside down looking to confiscate evidence against Planned Parenthood.

Is Harris someone who is going to leave you and your family at peace to practice your faith and raise your children?

Or are these the actions of someone who will use the power of the federal government to continue the social revolution of the left and crush her opponents?

If the Democrats gain control of the White House and Congress, your children will face indoctrination, beginning in elementary school, in divisive, neo-Marxist race ideology.

Educators, enacting directives from the federal government, will attack the innocence of the young, and twist vulnerable adolescents into embracing a view of human sexuality and gender that will violate your faith and morals, potentially inflicting lasting damage to their mind, body and soul.

If you try to fight for your rights as a parent to form and educate your children in faith and morals, you could well find yourself facing legal charges of violating civil rights laws expanded to include same-sex promotion and transgender madness.

In addition, you may suffer personal and economic persecution in the workplace from culture revolutionaries like Kamala Harris, emboldened by a sympathetic Justice Department.

Christians should be particularly concerned about conscience protections.

The Trump Administration's Department of Health and Human Services (HHS) created a Conscience and Religious Freedom Division to fight for doctors, nurses, and other healthcare professionals who do not wish to have any part in abortions, and helps protect parents as the primary religious and moral educators of their children.

The President had this to say about his administration's pro-life commitment:

"I will veto any legislation that weakens current pro-life federal policies and laws, or that encourages the destruction of innocent human life at any stage. My administration has repeatedly demonstrated its respect for human life and conscience at all stages..."

These are not empty words to placate his conservative base.

President Trump has been true to his word.  Under the Trump administration, children in the womb have the ultimate advocate. He has appointed more than 200 pro-life, pro-family judges, halted the flow of taxpayer funds to abortion providers, and defended the unborn abroad.

Time to get off the sidelines

Fellow Christians, it is time to recognize the Signs of the Times.

Register to vote.  Talk to your prayer or Bible study group and let them know how easy it is to register.  Visit PriestsforLife.org/vote to check your registration, and share the link with your friends, family and congregation.

Let your pastor know you are willing to do a non-partisan voter registration presentation during or after the service, or in any way he suggests to share the information.

Sitting out this election is not an option.

Kevin Burke is co-founder of Rachel's Vineyard, leader of the Fatherhood Forever initiative of Silent No More and a member of the pastoral team of Priests for Life.