One third of Americans worry, this will be our last 4th of July as second civil war likely

About 7 in 10 Americans now agree 2020 is the lowest point in America's history they have witnessed. A series of simultaneous crises has millions worried the nation is close to collapse. Experts warn the danger to the nation is the most serious since the American Civil War. Now is the time to pray and act for peace.Â 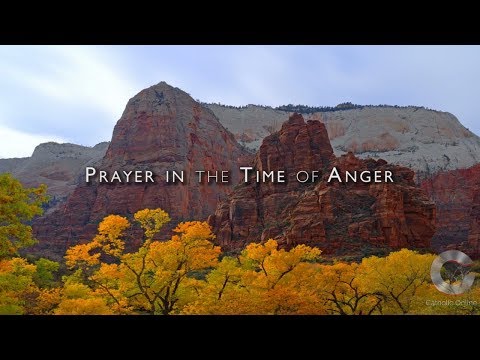 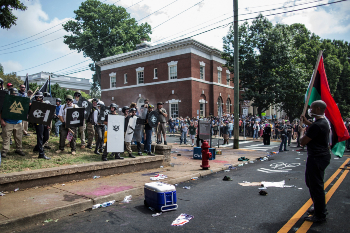 As tensions flare across the United States, the nation is becoming polarized along ideological lines. The rhetoric is turning toxic and an economic crisis could provide the conditions for civil war.

LOS ANGELES, CA (California Network) - A survey from the American Psychological Association reveals 7 in 10 Americans believe America is at a the lowest it has been in their lifetime. Another study from Rasmussen Reports reveals 34 percent of likely votes think the United States will experience another civil war in the next five years. Nine percent say they think it is "very likely."Â

Why the doom and gloom?Â

Nations have a tendency to collapse quickly after reaching what is often termed their "golden age." Generally, the comfortable times created by prosperity contributes to corruption and other social ills that can weaken a nation. Such problems are clearly evident in the United States, which has enjoyed unrivaled prosperity for almost a century. Following that prosperity, the nation has also fallen into vice, including its leaders.Â

Revolutions follow patterns. They are born not of bone-crushing despair or oppression, but out of hope. They begin with the growing inability of a government to respond to crises, to protect the people and to fulfill basic expectations. The inability of the federal government to mount a uniform response to COVID-19, to the economic problems that have followed, and to deal with widespread unrest due to protests over police brutality, suggests that realization is manifest. This is chiefly an indictment of the deeply polarized government in Washington.Â

Amid this climate, a person, or group will emerge with a message of hope, that things can and should be better, and they attract a following.Â

At present, the kindling of civil unrest is present, and many feel it only needs a spark. In every revolution, there is a moment where the established government reacts wrongly to a crisis and rallies public opposition. Commonly, such incidents involve confrontations between armed forces and the people. Consider the Boston Massacre, or the incredibly brief but inflammatory Battle of Lexington where the "shot heard around the world" was fired.Â

Following such an incident the established government tends to collapse quickly and easily. But the real danger is yet to come. It is in the aftermath of the initial victory that things get worse, much worse.Â

It is said "revolutions eat their children," and this is often true as the "winners" turn on one another and struggle for power. The period of civil conflict after the initial victory can be long and bloody. The French, Irish, and Russian revolutions are excellent textbook examples of this. There is no reason to believe America is exempt.

All this begs the question, what is really going on? What is likely to happen next?Â

In reality, the divisions between Americans are being stoked by outsiders, most likely Russia and China. Both nations are large and powerful, and enjoy the prowess to rival the United States in cyberspace. And both are suspected of running large-scale propaganda campaigns on social media platforms with the intention of pitting Americans against one another. It seems to be working. Both Russia and China would gain from an American collapse. Both nations have been implicated in such behavior before, and there are early studies which strongly suggest they are fueling the present crisis using bots on social media.Â

This is taking place as the United States faces a remarkable cascade of social problems, including a pandemic, economic chaos, and social unrest.Â

So how likely is a revolution, and what's the way out?Â

While revolution is certainly in the cards, two key elements are missing. First, opposition to the U.S. government is disorganized and there are no visible leaders to rally the people into a cohesive opposition. There is no Maximilian Robespierre figure, no Michel Collins or V.I. Lenin stirring up the crowds. There are plenty of commentators and pundits criticizing the Trump administration, but there is no organized opposition.Â

The second is the likelihood of a spark, such as the military confronting the public. So far, the military has pulled back from direct confrontations, leaving that work to police and federal agents. This is a wise decision that makes us safer.Â

The most likely next step is once the situation reaches a crisis level, both parties will be spurred to bipartisan action. Their instinct for survival will overpower their natural partisan behavior.Â

From there, the only question is, will their actions be bold enough to save the Republic? Or will they be inept and result in accelerating the collapse?Â

If collapse is to come, most experts say it will take place between late August and October. The reason has to do with the ending of protections for renters who could face eviction by that time. Also an end of federal aid and unemployment benefits will leave many with little to no income. If people are unable to return to work, if they face homelessness and hunger, the crisis will snowball out of control. People will not tolerate being homeless of hungry for more than a matter of days. Therefore, the government must be proactive.Â

Historically, nations in crisis like these turn left and adopt socialist policies to "buy off" the people, staving off revolution. The Romans did this, distributing bread and holding games that were free for the public to attend; the "bread and circuses" often spoke about by political commentators.Â

In Germany, Bismarck staved off socialist revolution by inventing social security, and Franklin Roosevelt did the same in the United States with the New Deal. In the 1960's, racial unrest was tamed with civil rights laws and the launch of welfare programs to help the poor.Â

While such steps are concessions to socialist movements, they work brilliantly to undermine socialist revolution because they strip away revolutionary support. Most people simply want an acknowledgement of their struggles and some relief. Few are willing to take up arms or want to risk a change in our system of government.Â

Since the 1980's, social programs have been stripped in the United States. Social Security has been cut and the retirement age is now effectively 67, up from 65. A bold restoration of the public safety net is likely. Some voices like Andrew Yang (a businessman and former 2020 presidential candidate) are gaining popularity suggesting a universal basic income. Yang is seeking to become an economic advisor for Joe Biden, should he be elected as president. But it is unclear what steps the government will take at this time. And the outcome of the presidential election which occurs in November, is still very much in question, despite the media narrative.Â

If collapse does come, few should be pleased with the news. Conservatives are likely to fare the worst. Serious leftists are often well armed as part of leftist ideology, which is very pro-gun. And the majority of the youth sympathize with socialism. More kids know who Karl Marx is than Edmund Burke. The military's rank-and-file are drawn from those same youth, often from the urban poor. A genuine danger is that China or Russia could move quickly to sustain such leftists providing them with arms and support, only to engineer the installation of an authoritarian regime in the United States.Â

Naturally, no sane person wants to see this.

As individuals we are not hopeless! One important step is to be careful what we share on social media. At present, many social media newsfeeds are filled with videos and comments that fuel tension. There are countless videos of police brutality, and police compassion. Likewise there are videos of black Americans behaving terribly, and others of black Americans acting laudably. All this content is propaganda intended to divide us. The same with most political commentary, no matter who is offering it.Â

If we want to step back from the brink of crisis, we must act by refusing to share such content anymore. It is certain some of that content is being pushed by outsiders intent on attacking America. We must stop sharing it, no matter how much we agree with what is being said, because it ALL divides us.Â

Second, we must pray for the healing of our nation. It is time to return to Mass if possible and we must do all we can to restore our parishes and our church communities. We must respond with love and the Gospel. We must turn faces away from the 'disaster pornography" so prevalent on social media, and redirect attention to Jesus Christ.Â

If you must follow social media, fill your newsfeed with wholesome content. Share the Gospel online. Share only Christian memes. Post pictures of your family, of your hobbies, and the things that will distract us from the virulent hatred on social media. Alternatively, we can quit or unfollow social media or those who are pushing dangerous narratives.Â

Our fate as a nation is up to us as Americans. We can either add kindling to the conditions of collapse, or we can douse the sparks with love, prayer and action. no matter how hard the Russians, Chinese, or the socialists try, none of them can force us to participate in violent rhetoric.Â

Let us respond to their hate with the Gospel. As always, if we turn back toward God, He will protect us and our nation.Â