PART 1 - THE EVIDENCE: Yes, Obama is a Secret Muslim

Free World Class Education
FREE Catholic Classes
Obama is a Muslim whether he likes it or not.

As questions circulate over the integrity of President Obama and his motivations for supporting ISIS, the question of his religion reappears. Obama insists he is a Christian, and that he became so after college. However, his own admissions suggest he could be a Muslim. 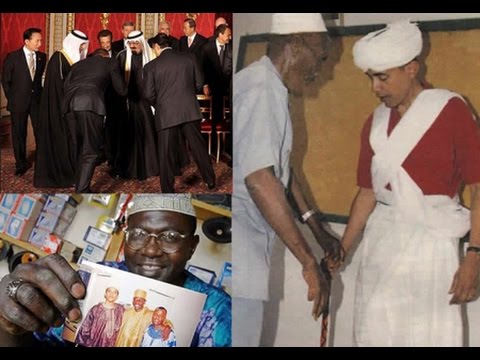 LOS ANGELES, CA (California Network) - Is Barack Hussein Obama a Muslim? The question has dogged the president since his original run in 2007. In his books, "The Audacity of Hope" and "Dreams from My Father," Obama offered some insight into his religious experience.

"I was not raised in a particularly religious household. I had a father who was born a Muslim but became an atheist, grandparents who were non-practicing Methodists and Baptists, and a mother who was skeptical of organized religion. I didn't become a Christian until I moved to the South Side of Chicago after college."

So Obama came to his faith during his community organizer years. But why so late? Did he have a transformative experience? Or was it convenient? Did his lack of obvious faith interfere with his organizing, or his advancement?

Perhaps he was a Muslim, but found it necessary to hide?

Obama's grandfather, Hussein Onyango Obama, converted to Islam (Dreams, 407). Obama has never admitted his own Islam, but has confessed that his grandfather was.

He also confessed his father was Muslim, but that he became an atheist before he met Obama's mother. Obama said his mother was secular and had no faith.

He then spoke about his stepfather, Lolo Soetoro, who was an Indonesian Muslim. Indonesia is the world's largest Muslim country. Obama said his stepfather was a "nonpracticing Muslim." Nevermind for a moment that such a thing does not exist in Islam.

However, Obama attended an Islamic school in Indonesia. He denies that he has ever practiced Islam, but he dressed in traditional Islamic dress and participated in the school's Islamic curriculum.

At a Catholic school in Indonesia, where he was once registered, his religion was listed as "Islam."

On his campaign website in 2007, Obama protested too much, "Obama never prayed in a mosque. He has never been a Muslim, was not raised a Muslim, and is a committed Christian."

There are some things to consider. First, in the Islamic world, religion follows the father. If your grandfather and father were Muslim, then you are Muslim too by default. To leave the religion is forbidden under pain of death. Obama lived in a Muslim country, was born to a Muslim father and attended an Islamic school. It seems obvious that he would be Muslim by default, even if he did not profess the faith as his own. Under these circumstances, Obama is a Muslim, whether he likes it or not.

Second, Obama is no fool. Even if he was a devout Muslim, he knows the secret could never be revealed. This means we're unlikely to ever get the truth from him, no matter what happens.

Finally, Obama has had decades to perfect his camouflage. As a supposedly "committed" Christian, Obama is a failure. He does not often mention God and when he does, it feels like the reference is forced, as if he is checking off a requirement. He is not seen attending church, he does not visit with Christian spiritual advisers.

There's more to this story. Come back tomorrow for the next part in our five part series, examining the evidence of Obama's Islamic faith.