The Department of Justice (DOJ) is targeting state and local government violations of religious freedom, a senior DOJ official told reporters on Monday. 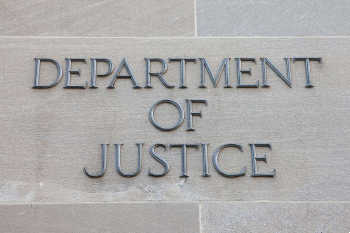 Dreiband spoke with reporters on Monday in a DOJ briefing on religious freedom.

The first case concerns the use of a public scholarship fund for religious schools. The second case addresses the question of whether Title VII prohibitions on sex discrimination apply to sexual orientation and gender identity. The business being sued by the EEOC, Harris Funeral Homes, Inc., is run by owners who say they operate their business in accord with their religious beliefs.

The DOJ has filed a statement of interest in a case similar to Espinoza, supporting the argument of students in Carson v. Makin who say that a Maine tuition fund barred them from attending a religious school.

The Justice Department has also weighed in on other cases at the state and local levels, submitting statements of interest and amicus briefs in favor of the free speech and free exercise of religion of individuals and groups.

One local case is that of photographer Chelsea Nelson, who sued the city of Louisville, Kentucky, over an anti-discrimination ordinance she says would violate her First Amendment rights.

The law forbids discrimination on the basis of sexual orientation and gender identity in public accommodation, and Nelson says she would be forced to violate her religious beliefs on marriage and photograph same-sex weddings if her services were requested.

The DOJ recently came out in support of Nelson's case, saying that her free speech and freedom of association protections would be violated under the ordinance.

When asked by CNA if he has noticed an uptick in similar cases around the country, Dreiband answered "I don't know," and "I hope not."

"I hope that there would be an awareness that sincerely-held religious faith is something that everyone should respect," he said.

"However, we have seen, and I think unfortunately will continue to see, examples of where the government is attempting to coerce people to violate their religious faith."

The department has also been active in its enforcement of the Religious Land Use and Institutionalized Persons Act (RLUIPA), a 2000 law that protects the rights of churches and religious institutions against unduly burdensome zoning regulations.

In 2018, the DOJ announced its "Place to Worship" initiative to increase awareness of the rights of religious institutions under the law. The agency has fought local regulations that prevented the construction or creation of churches in states including Nebraska, Michigan, and New York, and a village in Texas that denied an application for an Islamic cemetery.

"We have increased significantly the number of investigations and lawsuits" filed under the law, Dreiband said.

Regarding the Fulton v. City of Philadelphia case, where Catholic Social Services of the Archdiocese of Philadelphia saw its contract with the city for adoption services terminated because of its religious views on marriage, Dreiband said the government had not yet taken a position in that case. The Supreme Court had only recently granted the petition to hear it, he said, with oral arguments expected in October.