How close is America to another civil war?

Free World Class Education
FREE Catholic Classes
We are closer than we think and it can happen quickly.

Since the Great Recession, Americans have begun discussing a new topic, civil war. Not the one that ravaged the nation between 1861 to 1865. They're talking about the next one, that more people now believe will occur within our lifetime. Is this crazy talk, or do they have a point? 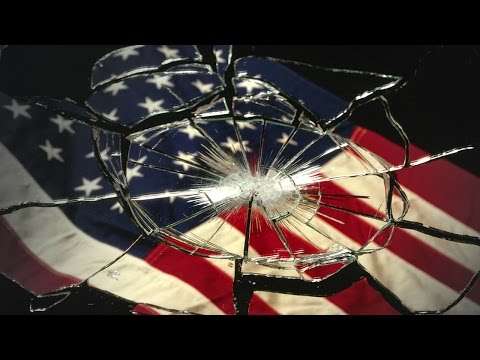 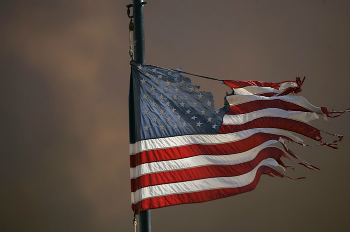 American is inching towards civil war.

LOS ANGELES, CA (California Network) -- During the Great Depression, the FBI sent agents across the country to take the pulse of the nation. There were legitimate fears of a socialist revolution. That risk was staved off by a wave of socialist-inspired reforms that provided the first real economic safety net for Americans.

Thirty years later, as the nation reeled from desegregation and the Vietnam War, some Americans predicted another civil war. Again, social programs as well as the influence of the emergent liberal media establishment, which gave voice to more Americans, seems to have saved the day.

Now, we are in the second decade of the 21st century, and concerns are growing about another civil war. Is this merely history repeating itself? Or is there something different this time around?

The roots are always economic. In the Great Depression, people simply wanted to avoid starvation. Hunger motivates people to violence. Wisely, the government recognized this and although it offended conservative sensibilities, a series of laws were passed to ensure people at least had food. Since the Great Depression, starvation and malnutrition as a cause of death is unheard of.

In the sixties, the discontent was sharp, and sometimes violent, but it was more a clash of old vs. new, with the new winning out, as it always does in time. Revolutions always move from right to left. Once enough changes were made, the crazy talk of civil war died down. Few people were serious about it anyway, and anyone who was could be regarded as a potential terrorist.

Today, the economics are unique. While nobody is at risk of starvation, although Republicans are threatening to cut food aid, never have so many Americans been so uncertain about their economic futures. Even middle-class Americans now worry about making their mortgage payments.

Americans are frustrated because they are caught in an economic double-bind. A good example is healthcare. Some believe Americans should pay for their own healthcare. Despite its absolute necessity, healthcare is a profit industry, with profits built into prices. Yet, many workers are not paid enough to avoid being wiped out by a single medical emergency. This is immeasurably frustrating for most Americans.

Low wages, and high prices have made a lot of people angry.

There's also a sense of declining value. People are getting less for their money. Less value, more fees and surcharges, and higher taxes.

There are more differences. In the political arena, the rhetoric has become almost seditious. Politicians give speeches telling people to "be disruptors." In the media, people have depicted the assassination of President Trump. Recently, a gunman shot down the Republican House Majority Leader in a bid to "kill as many Republicans as possible." And the word, "Revolution" is being bandied about as a political term, but it's difficult to avoid the notion that people are being called to arms.

There are also battle lines being drawn in the streets. There are anarchists, ANTIFA, and Black Lives Matter, who since the Occupy Wall Street movement have led protestors into the street by the thousands, sparking riots.

There is a sense that more people not only want revolution, but it is being advocated by the left, which is angered with the results of 2016. It is possible that should they fare poorly in the 2018 midterms, violence could result. This is especially true if their leaders lose hope and become fatalistic. It will inspire younger, more radical minds to take the lead.

The people who talk about revolution today tend to be young, liberal and idealistic. Conservatives also talk about it, but they do so with rhetoric that emphasizes their desire to defend what they have, rather than to take anything over. Both sides will be unpleasantly surprised. We know this because all revolutions fit a pattern. No matter where and when in history, the pattern often repeats itself the same way and for the same reasons. There are exceptions, like the American Revolution, but those are uncommon.

First, the establishment is overthrown by a popular, united uprising. This can often be surprisingly quick, especially if the establishment's loyalist forces fail to quell the violence. The military could be reluctant to strike fellow American citizens, leaders could hesitate.

In the second phase, the revolutionaries turn on one another, struggling for control. This is where revolutions become bloody and brutal, often tearing apart families and leading to the greatest number of deaths.

In the final phase, a strong leader emerges, unaffiliated with the dominant factions. They gain power by promising law and order and a weary public accepts it. Dictatorship often follows democracy in just this way.

So, we are closer to a civil war than we have been since the Great Depression. The threat is real, prompted by economic problems. Our politicians are promoting the danger though divisive speech and behavior. All that is needed is a good, deep cut to social services, or some other great crisis, and the conflict may start. Such conflicts start suddenly and with little warning. Once begun, they take on a life of their own and the cannot be stopped until they have run their course.

This is our warning.