Identity Crisis- Why Our Culture Believes in Throwaway Lives

Who would have ever thought that God would use the lives of a doctor, prostitute, and housewife to dispel this corrosive delusion that some lives have little or no worth? These individuals were gravely misled and came to believe the sinister misconception that some lives are more valuable than others. But God redeemed them, peeling back the layers of darkness exposing the truth that each of them bears the very image of God - that every person has great significance and abundant influence. 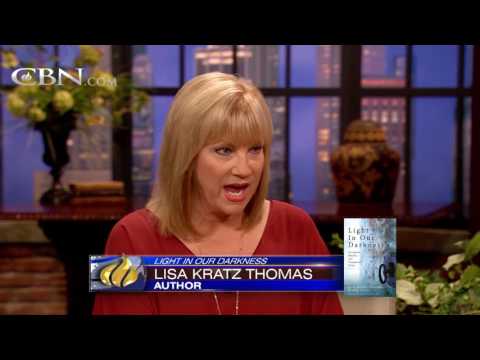 (Personal Note from Deacon Keith Fournier, Editor in Chief: Two years ago, I met Lisa Kratz Thomas. We shared a common admiration for a great Christian hero, my friend, the late Dr Bernard "Bernie" Nathanson. When I heard her life story, and what the Lord had done for her and through her, I was so happy that our paths had crossed.

You see, like Bernie, Lisa is living proof that Jesus Christ is not dead. He has been raised from the dead and is very much alive. Jesus Christ is still intervening in real people's real lives - and literally raising them from their own, often self-constructed tombs.

When Lisa  shared her hopes for writing a Book, now entitled Light in Our Darkness, which would tell the stories of these lives transformed by an encounter with the Lord, including the story of my friend Bernie Nathanson, I became very intrigued - for several reasons.

First, because I am personally committed to doing everything I can to see that the story of a modern day Apostle Paul named Dr. Bernard Nathanson, the former abortionist who discovered the truth about the dignity of every human life and was drawn to Jesus Christ and His Church, is shouted from the housetops. Toward that end, I am currently endorsing several projects, all of which will help make the story of the conversion, transformation and life of Dr. Bernard Nathanson available to as many people as possible.

In an age deceived by the darkness of nihilism and the emptiness of relativism, people need to know that the Light still shines in the darkness. That Jesus Christ is Lord and can reach into the lives of anyone who calls upon Him and make them a new creation. (2 Cor. 5:17) Absolutely no-one is beyond the reach of the Mercy of God.

Secondly, because I know that miracles are real. In fact, they are happening in this very hour - and people need to find out this Good News in an age struggling under a growing sense of hopelessness and despair. These may be difficult times, but they are our times, and we need to tell the whole world that the Lord is not only real, but still in the business of changing lives!

And, finally, because, as the book project unfolded, I saw once again the tremendous power of the personal testimony. Telling the nitty gritty real life stories of lives changed by encountering the Lord. This kind of writing is a powerful vehicle for the Christian mission in this new missionary age.

I am happy to introduce you to Lisa and her co-author Kathy, and this compelling book. I wrote an epilogue to Light In Our Darkness, and I recommend the book to my readers. There will be a free live webcast given by the authors on Monday June 6, 2016 - 9:00 PM EST. You can attend by going here.

With transparency and authenticity Lisa Kratz Thomas and Kathy Gray will share their individual journeys - along with the story of Dr. Bernard Nathanson - stories of devastation, loss, and ultimately redemption. By revealing the truth behind the raging abortion debate they will also challenge and inspire you to see the value of life from a whole new perspective. This webcast will equip you to identify and overcome self-destructive choices and unlock your God given purpose.)

*******
Identity Crisis- Why Our Culture Believes in Throwaway Lives

Why is it that some people are thought of as more important than others? Or at least that is the way some people act. Have you ever caught yourself having this mindset? Has another's person's behavior towards you made you feel like you're a second class citizen?

Among our most important beliefs are those that define who we are. We are deeply driven by our own sense of identity - it is at the very heart of who we are and is so powerful it can even determine our destiny. How we are treated can significantly affect not only the way we define ourselves but also how we define others.

Celebrities, politicians, the wealthy, scantily clad women and athletes are paraded before us as the cream of the crop, those who really have influence - the ability to affect or alter the conduct, thought or character of another. These people are thought of as really making a difference in our society today.

But what about the rest of us? What if you are "just" a mom or dad working nine to five? Single and maybe working in sales or business and just living for the weekends? In college, slugging it out semester after semester to earn that degree? Just a "nobody" in your local parish?

Or what if you are the most disregarded population in our culture - the most vulnerable, the most voiceless - the unborn? They are considered, by law, the least valuable of all people simply because of location. Yet for every other group the right to live doesn't increase with age, size, location, gender or degree of health.

Every life deserves a lifetime. God is the creator of all life and these babies belong to Him - not to the mother, to the father, to the courts or society. He is the one who determines the influence they can make.

So what kind of influence were you created to make? Have you ever asked yourself that question? More importantly, where does your influence come from? In our society today we are struggling with our identity because we don't grasp who we are in Jesus Christ. He suffered, died and was buried to pay for our sin. He was raised so that we could live an abundant, and eternal, life.

If we don't know who we are in Jesus Christ, our true identity, everything we do comes from ourselves and is for ourselves, no matter how noble our intentions.

You were created with a once-in-an-eternity gift mix that only you possess. It allows you to influence your atmosphere. You have the ability to impact multiple future generations with your efforts and your attitude! Satan's greatest aim is to cause God's people to experience an identity crisis, to become unsettled or confused about their influence and purpose in our world.

Often this confusion about who we are and what we've been put here to do remains hidden in the shadows.  Sometimes all it takes is hearing someone else's story, and bam! The lights come on and we are able to see where our own thinking has gone awry - where we have been guilty of playing judge and jury over the value of another life.

Stories change lives. Stories can even save lives. Didn't Jesus himself bring life affirming truths through stories? Yet we cannot discover our unique destiny until we embrace Heaven's view that every life is priceless and of infinite worth.

Who would have ever thought that God would use the lives of a doctor, prostitute, and housewife to dispel this corrosive delusion that some lives have little or no worth? These individuals were gravely misled and came to believe the sinister misconception that some lives are more valuable than others. But God redeemed them, peeling back the layers of darkness exposing the truth that each of them bears the very image of God - that every person has great significance and abundant influence.

Bernard Nathanson, a Jewish doctor, born in the 1920s and raised in academia on the Upper West Side of New York City, became a political activist who ushered in legalized abortion on demand. Driven by negative forces of personal rejection, he took countless lives, lives he considered throwaways, and impacted millions more as the Abortion King.

Lisa Kratz Thomas was born into a Catholic family in the 1950s and raised in a Maryland suburb of our nation's capital. Compelled by a hunger for love, a thirst for freedom and carrying the shame of abortion, she spiraled into the dark world of drug addiction. Later she became a prostitute and homeless drug addict on the streets of Washington, DC.

Kathy Gray was born in the 1960s and raised in Colorado in academia in a Protestant ministry home. Trapped in a cycle of comparison and perfectionism, she eventually plummeted into mental instability. Reeling from the effects of sexual abuse and the murder of her brother, she found herself groping her way through a nervous breakdown.

The lessons from these three lives demonstrate how environment can drastically influence your decisions. Every day the media bombards us with questions of identity - gender confusion, homosexuality, the real war on women, and abortion. They are offering political solutions to answer a heart condition. This compelling book can do what politics can never do: personalize the highly controversial subjects of abortion and true identity by combining history with real life experiences.straight from the heart.

Every life is precious to God - every life matters!