How critical is Ukrainian wheat?

Russia's invasion of Ukraine has produced thousands of human casualties. A host of economic impacts continue to ripple around the world. Of particular note, is the Ukrainian wheat harvest, which is collected in July and August. What happens if this crop is lost? 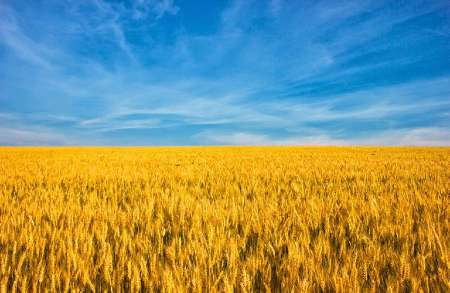 How critical is Ukrainian wheat?

LOS ANGELES, CA (California Network) - Since the start of the war in Ukraine, commentators have raised concern over the Ukrainian wheat crop. As the world's fourth-largest producer of wheat (as it is often claimed) what happens if the war prevents the export of the crop? Dire predictions of famine and skyrocketing food prices around the globe serve as a spur to governments seeking justification to pour money and weapons into Ukraine. But are these claims valid? Are they fueling war instead of fighting hunger?

As of last year, Ukraine isn't the world's fourth-largest producer of wheat. Nor is it the fifth, as is often cited. Official statistics rate it in the seventh position, behind Europe, China, India, Russia, the United States, Canada, and Ukraine. In eighth position is Australia, then Pakistan, and Turkey in 10th. The confusion comes from the use of older statistics. In 2019, Ukraine took the fifth position from France, and held the position until last year.

Ukraine does produce a lot of wheat, devoting 71 percent of its farmland to crops. About half of that is used for wheat. It accounts for about 7 percent of global sales.

At this time, the wheat remains in the field, but will be harvested in a matter of weeks. As long as war rages between Russia and Ukraine, a naval blockade prevents major exports. Ninety-five percent of Ukraine's exports flow through the Black Sea. However, understand this statistic clearly. This is not 95 percent of production, just 95 percent of the exports.

Ukraine also has open routes through Europe, and will export grain to satisfy European demand. Some overseas shipments could be routed through Europe, although this would be cost-prohibitive.

While this sounds like a disaster, it isn't the one being depicted in the media.

First, the crops are still being grown. Fighting is disrupting some production, and destroyed some of the crops, but the vast majority is still in the field, and even amid war, will be harvested. What remains unknown, is when it will be exported.

It should be understood that people continue to live and work, as they must to survive, even during wartime. A few miles behind the lines, farmers still sow and reap, shops still operate, even schools open and teach. This is not to minimize the devastation of the war, but to point out that Ukraine is far from a state of total devastation.

If the war ends, or some agreement is reached, the wheat will be exported. Ukrainian wheat helps to feed Egypt, Indonesia, Thailand, and Uganda in particular. Several other countries across the Middle East and Asia also buy Ukrainian wheat. However, it is likely they will get their shipments, even if they are delayed. No matter who wins the war in Ukraine, neither side is likely to destroy the crop, which is valuable.

Instead, there will be disruptions to production and deliveries for the next couple years, but once the war ends, these will diminish with time.

In the meantime, this is a known issue, and governments and businesses, dependent on Ukrainian wheat are already seeking alternative sources to meet their needs. The world does produce enough food to compensate. If forced to choose between Russian offers of wheat or famine, the international community will almost certainly allow wheat, whether Russian or Ukrainian, through to markets, just as they have with Russian energy.

By any measure, the war in Ukraine is serious, devastating, and must be brought to a swift conclusion. We must pray and advocate for peace and justice. There are plenty of genuine concerns that should occupy our attention. But the idea that a global famine could result unless we send massive quantities of cash and weapons to fuel the war isn't one of them.