One year after declaration on fraternity, pope calls for end to terrorism

Pope Francis Tuesday marked the first anniversary of the joint signing of the Abu Dhabi document on human fraternity with a video message urging an end to extremism and terrorism. 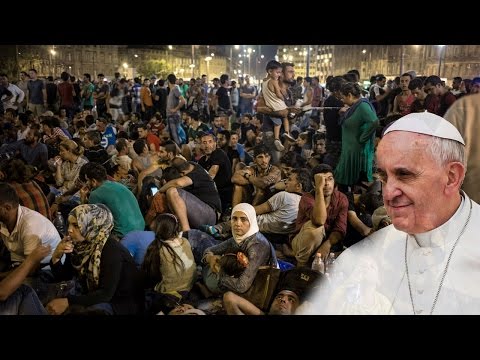 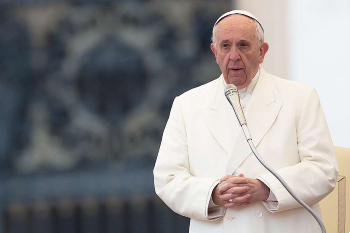 Vatican City, (CNA) - Pope Francis Tuesday marked the first anniversary of the joint signing of the Abu Dhabi document on human fraternity with a video message urging an end to extremism and terrorism.

The pope called the signing a "great humanitarian event," adding that he hopes "for a better future for humanity, a future free from hatred, rancor, extremism and terrorism, in which the values of peace, love, and fraternity prevail."

The video message was sent to the Arab Media Convention for Human Fraternity, held in Abu Dhabi Feb. 3-4, and organized by the Muslim Council of Elders.

The convention took place on the first anniversary of the signing of "A Document on Human Fraternity for World Peace and Living Together" by Pope Francis and Ahmed El-Tayeb, Grand Imam of Al-Azhar, in Abu Dhabi.

Pope Francis signed the document during his February 2019 visit to Abu Dhabi, capital of the United Arab Emirates, a trip intended to promote interreligious dialogue and give support to the country's Christian minority.

In his anniversary video message, the pope noted his appreciation of the United Arab Emirates for its support of the Supreme Committee for Human Fraternity, a group formed to implement the 2019 peace declaration.

The pope's video was shown during the awarding of the International Prize of Human Fraternity. Francis said he was happy to encourage "virtuous models of men and women who in this world embody love through actions and sacrifices made for the good of others... no matter how different they are by religion or ethnic and cultural belonging."

"I ask Almighty God to bless every effort that benefits the good of humanity and helps us to move forward in fraternity," he concluded.

The prefect of the Vatican's communications dicastery, Paolo Ruffini, was a speaker at the convention, which was held to strategize promotion of the values of the declaration through the media.

Ruffini said the anniversary of the signing of the human fraternity document "represents for me, and for all of us, an opportunity to renew a commitment and a mutual promise: the commitment to always be instruments of peace, even - or perhaps above all - in the way in which we communicate."

Ruffini also argued that social communication can be guilty of "fomenting misunderstandings, resentments, enmity," and said "for these reasons, the Holy See's Dicastery for Communication has dedicated and continues to dedicate its energies toward making the principles of the Declaration on Human Fraternity known to everyone, and of course to our Catholic readers."