At watershed moment, assisted suicide could expand in Australia

Legal assisted suicide could expand in Australia, as the Western Australian government has introduced legislation to allow people deemed terminally ill to request it. 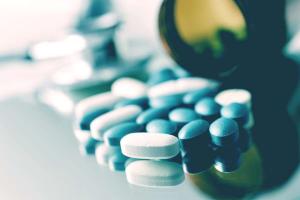 Perth, Australia, (CNA) - If the legislation is approved, assisted suicide, described by backers as "voluntary assisted dying," would be allowed for terminally ill people in a condition that causes suffering that cannot be relieved in a tolerable manner, the Australian Associated Press reports.

Archbishop Timothy Costelloe of Perth has already spoken out against the proposed legalization of doctor-assisted suicide and euthanasia, calling it "both unsafe and unnecessary."

In two video messages, dated April 17 and June 15 on the Perth archdiocese's website, he characterized the assisted suicide debate as a true watershed moment in society.

"The decision parliament makes in the next few weeks will forever shape the way we do healthcare in W.A. It will change the way doctors relate to patients, and affect the confidence that elderly and disabled people can have in their caregivers," he said.

He stressed the importance of having doctors committed "to uphold the dignity of every human life, no matter how fragile or vulnerable it may be." Backers of such a society "cannot afford to remain silent in the coming weeks."

"One person should not be permitted to kill another person, no matter what. Please do not remain silent," said the archbishop. "Make your thoughts known to your local Members of Parliament, in both the legislative assembly and the legislative council as soon as you can. It's the only way your voice can be heard in this debate."

Under the proposal, a patient seeking assisted suicide must have decision-making capabilities and make the request three times, including once in writing with two independent witnesses. The bill requires two doctors to provide independent assessments of the patient and the coordinating doctor must provide a final review.

Only those who have been residents of Western Australia for a year or more will be eligible. Patients in remote areas may access doctors via teleconference. About 2.6 million people live in the state.

Unlike the new assisted suicide law in Victoria state, the Western Australia proposal allows doctors to raise the subject of assisted suicide with patients. Patients may also choose whether to self-administer the deadly drug.

Western Australia's Premier Mark McGowan, whose Labor Party controls the government, hopes to pass the legislation by the end of the year. MPs will have a conscience vote, meaning they will not be required to follow party leadership.

Health Minister Roger Cook has characterized the bill as cautious and compassionate, with sufficient safeguards to prevent abuses or coercion of patients.

But Archbishop Costelloe cautioned that "every safeguard introduced by on government can be relaxed by another."

He noted that a similar law in Victoria has already drawn criticism from assisted suicide advocates for being too restrictive. The archbishop warned the government could face continued pressure to expand legal assisted suicide. He also cautioned that some countries have moved towards legalizing euthanasia without consent.

Costelloe's videos warned of the risks of assisted suicide and stressed the Fifth Commandment, "thou shalt not kill," as a foundation of "good social order" that is enshrined "in the laws of almost every society in history."

The commandment rejects murder and manslaughter as "grave crimes" with "the harshest legal penalties" for those who break them, Costelloe said. The state government halted the death penalty for fear of causing wrongful death, he noted, and assisted suicide would reintroduce this possibility.

The archbishop sought to address the issue of end-of-life pain and care for the sick and dying.

The parliamentary inquiry received evidence that countered advocates' claims that pain and suffering cannot be relieved in some cases, he said, stressing the importance of proper therapy for severe pain and the need to quadruple the number of palliative care specialists in the country.

"There is no shame on relying on the care of others in time of illness or as death approaches," he said, adding that such a connection and reliance on others "makes us truly human."

As assisted suicide was legalized in the state of Victoria earlier this summer, the four local Catholic bishops criticized the new practice in a letter.

"We cannot cooperate with the facilitation of suicide, even when it seems motivated by empathy or kindness," the bishops said. They cited Pope Francis' characterization of euthanasia as part of a "throwaway culture" and rejected the idea that "the best response our community can offer a person in acute suffering is to end their life."