As widespread protests continue in Hong Kong, a local bishop is urging people to pray and fast for peace, while speaking up against injustice and corruption. 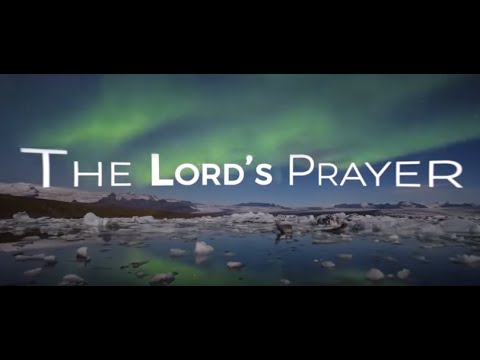 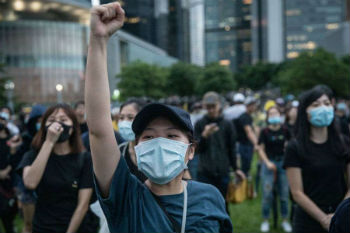 Hong Kong, China, (CNA) - As widespread protests continue in Hong Kong, a local bishop is urging people to pray and fast for peace, while speaking up against injustice and corruption.

The auxiliary bishop of Hong Kong, who has been a vocal supporter of the protests, told CNA that he hopes prayer will help transform the area into "a channel of God's peace."

"It's been a tradition for us to fast on Fridays. However, this tradition somehow was abolished. With fasting and prayers, we hope that we can help ourselves to strengthen our mind and soul to fight evil thoughts. Then, we would be in a better position to help fellow Hongkongers."

Bishop Ha, who has taken part in ecumenical prayer rallies with protestors in the past, urged an increase in prayer and said he is concerned for the safety of the many young people involved in the protests.

"I do worry about the safety of the protestors, especially the young ones," he said. "Youth is not just our future, they are also our present as Pope Francis said. Feeling sad, helpless and sometimes even furious is not unusual. However, we must prevent sadness developing into hopelessness, prevent anger turning into hatred."

Large-scale demonstrations have rocked the territory of Hong Kong since early June, when an estimated 1 million marchers took to the streets, chanting and singing.

The protests began as a response to a controversial bill, put forth in February by the government of chief executive Carrie Lam, which would have allowed the Chinese government to extradite alleged criminals from Hong Kong to stand trial on the mainland.

Hong Kong has total freedom of worship and evangelization, while in mainland China, by contrast, there is a long history of persecution for Christians who run afoul of the government.

Though Lam suspended the bill June 15 and even apologized, protestors feared that the proposal could be reintroduced. The next day, an estimated 2 million marchers were out on the streets.

Though the protests have been largely peaceful, participants on both sides have periodically resorted to violence. Police have used rubber bullets, tear gas and water cannon on protestors repeatedly. Thousands of high school and college students staged a strike on the first day of classes Sept. 2, with many wearing gas masks and helmets.

Protesters are demanding that Lam resign. Lam said this morning that she has no intention of stepping down. The New York Times reports that mainland China's leaders will not allow her to resign even if she decides that she wants to do so, and Beijing officials have said that they strongly support her.

The protests have morphed to focus on actions by police that many have denounced as police brutality, including allegations of sexual assault by police officers.

Bishop Ha is among many Catholic clergy who have spoken out in support of the protestors. Ha stressed that "we're Catholics and we're part of our community. According to [the] Catechism of the Catholic Church and Social Teachings, we're obliged to participate in improving our community and [speak] out when there's injustice."

"As Catholics, we have our daily prayers, holy Mass, holy communion and so on to nurture our conscience so that others would recognize we're followers of Christ," he told CNA. "I do not mean that we, Catholics, are better than the others. On [the] contrary, we're all sinners and we have to pay special attention to our mind and soul."

The apostolic administrator of Hong Kong, Cardinal John Tong, has asked the government to eliminate the extradition law completely, and for an independent inquiry into the excessive use of force by the Hong Kong police.

Cardinal Joseph Zen, bishop emeritus of Hong Kong and a sharp critic of the Sept. 2018 Vatican-China deal on the appointment of bishops, celebrated Mass on June 16 at the invitation of the Hong Kong Federation of Catholic Students in front of the government headquarters.

Edwin Chow, acting president of the Federation, told CNA in August that he would like to see Catholics and other Christians take on a larger role in ongoing protests against the government.

"For this movement, it's a great chance for the Catholics and [Protestant] Christians to cooperate with each other," Chow told CNA on Aug. 16.

"It's a good chance for us to become united. Because I think for most of the Catholics and Christians, we have the same values, the same goal...so that's why we cooperate, and I think after Christians and Catholics cooperate, or strengths, our power becomes stronger."

While Chow said that Christians, among them Catholics, had a more major role when the protests began - leading the singing of hymns such as "Sing Hallelujah to the Lord" in the streets during the protests, for example - their role has since diminished.

"For the Catholic groups, for the Christian groups, we have the responsibility and we have the power to calm our friends down," he said. "Because I think singing hymns, just in the beginning, it creates a peaceful atmosphere, and it has a power to keep everyone very calm. So I think we can use this when we do this again."