Political Neutrality has Become a Myth

Earlier this month, I had the honor of speaking at the March for Life New York in Albany, days after the State Senate struck down a bill that would have expanded abortion even more in this liberal state. I am a native New Yorker. I could have been born in a state where pro-life culture blows in the breeze, and what a blessing those states are. But instead I was born here, and thatâ€ s fine â€" because the upside is that when you have to swim against the tide, you become a strong swimmer. And the more darkness there is around you, the more you learn how to be a light. 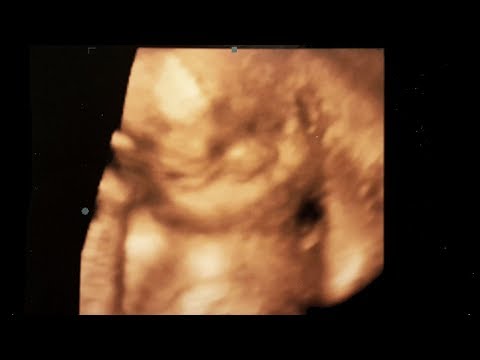 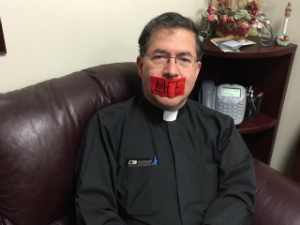 Democrat supporters of the extreme abortion bill have said that we, in New York, should not let reproductive health go back into "the dark ages." Give me a break. Democrats think that reproductive health is going into the dark ages because we want to protect our children? The Dark Ages are the ages where people donâ€ t know whatâ€ s inside the womb or donâ€ t have the sophisticated scientific knowledge we have in 2018 about the unborn child. We do not have those excuses today. And if we kill these children anyway, that is when we are living in the Dark Ages.

Our Founding Fathers recognized human life is a right that comes to us from God and belongs to us by virtue of our humanity. It is not given to us by any government. That is a founding principle of the United States of America. And there are 50 of those united states. No matter how liberal or how entrenched in the deceit of the abortion industry it may be, no state is exempt from those principles.

Democrat leaders in New York and other pro-abortion states seem to forget that. It is not enough that pro-life states legislatively and politically carry the weight in abolishing abortion for the rest of the country. Every mile, every square inch of this nation needs to be pro-life. Additionally, we cannot be satisfied with a situation in America where every state decides for itself whether or not to protect the unborn. The right to life is not a negotiable right. It is neither given by Congress nor the Supreme Court. Nobody has freedom to decide not to protect unborn.

That is why I stress that what we are facing in 2018 a midterm election is more important than any midterm election that we have ever had. Since Roe v. Wade any time significant pro-life legislation has been enacted at the federal level, it has been at times when the White House, Senate and House have been under control of the political party that stand for the inalienable rights of the child- the Republican Party.

And itâ€ s time to acknowledge that openly, if we want to restore the protection of the youngest children.

The idea that we can work for the right to life and yet be completely neutral politically has become a myth â€" not because we rejected neutrality, but because the Democrat Party did. This is a party that stands, in its official platform and in its leaders, for unrestricted abortion, paid for by our tax dollars. In short, they stand for a holocaust and want us to fund it. In such a situation, we cannot pretend to rise above criticizing a political party. There comes a point at which efforts to appear politically neutral compromise our integrity. Support for a holocaust requires explicit and unapologetic criticism.

And it requires action to take power away from those who support the violence. In this midterm election, we need to give our pro-life president the strength and tools he needs in Congress to enact pro-life legislation. He is ready to sign what we put on his desk. He is ready to put on the federal courts scores of additional pro-life justices. And these courts will continue to rule in favor of life only if we are victorious in the midterm elections.  We must give President Trump larger margins of pro-life majorities in the House and Senate.

The way to start doing this is to nationalize every state and local race. Obviously, state representatives deal with local issues but we must bring to the attention of voters that every race has national implications, and has an influence on national issues. Every House race is either going to move Congress towards the platform that supports the rights of the child or the platform that pushes abortion on demand and funded by tax dollars. We are not the ones who have chosen this partisan divide. The Democrats did when they adopted a pro-abortion platform and said that there was no room for pro-life people in their party. The Democrat Party is indisputably the party of death.

And if tomorrow the Democrat and Republican parties swapped their platforms on abortion, our message about our duties towards the unborn would not change.

What those who advocate abortion stand for is, in the words of Saint John Paul II, a tyrant state. As he wrote in section 20 of "The Gospel of Life," any state that legalizes abortion is no longer the common home where all are equal. Instead, it is a tyrant state. He said that when a nation legalizes abortion it may have the appearance of doing so democratically and by legal processes. But in fact, he said, this is a tragic caricature of legality. It betrays democratic principles at their foundation and represents the disintegration of the state itself. It is the death of true freedom.

Any public servant who doesnâ€ t know the difference between serving the public and killing the public does not belong in public office. We can no longer be neutral when we have a powerful party who wants to destroy these babies. Neutrality is a myth. There is no room for neutrality either by the church or by any of us. We either stand on the principles upon which this nation â€" and civilization itself -- was founded or we reject those principles. Either we embrace the gospel of Jesus Christ or we reject it.  We will make progress in this election when we have the courage to reject neutrality and align ourselves, without apology, with the unborn and with those who are willing to protect them.