What if Biblical characters had New Year Resolutions?: A humorous take on the new year

Each new year comes with new resolutions that everyone initially believes they will follow through with, but very few actually complete. This year, enjoy some of the funniest New Year's resolutions! 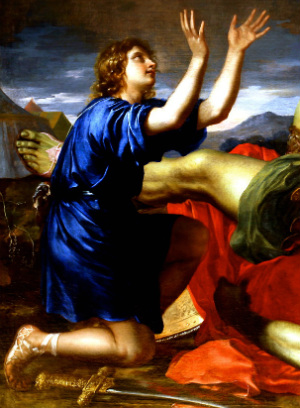 A painted image of David and Goliath

LOS ANGELES, CA (Catholic Online) - Every year it's the same old story. "I'm going to lose weight" can be heard every day as the year comes to a close, just like "I'm going to live a healthier lifestyle" and "This year will be different" can already be heard floating around.

The tweets are meant to be humorous and not serious, such as "Adam's" post, which reads, "Seems like everyone's all about high fiber. Me, I plan to eat LESS fruit next year." 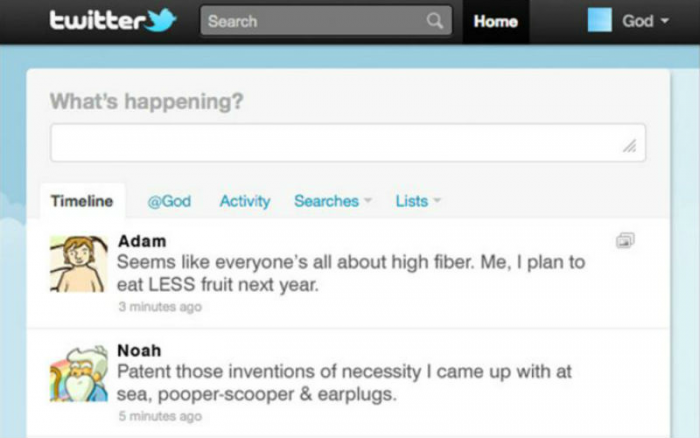 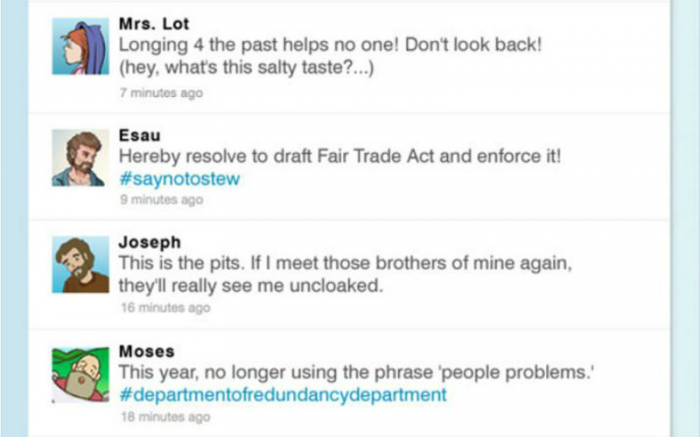 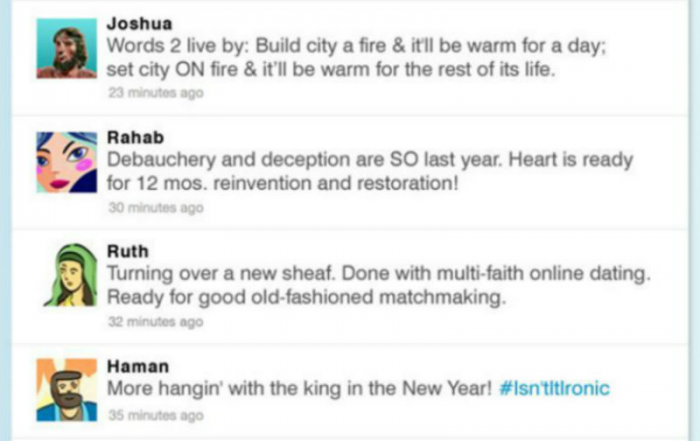 There are several more entertaining tweets by a variety of Biblical characters ranging from "Noah," who wrote, "Patent those inventions of necessity I came up with at sea, pooper-scooper & earplugs" to "James," who posted, "No matter what happens this year, count it all joy. Yes, I'm serious. No, I'm not joking. Why r u looking at me like that?" 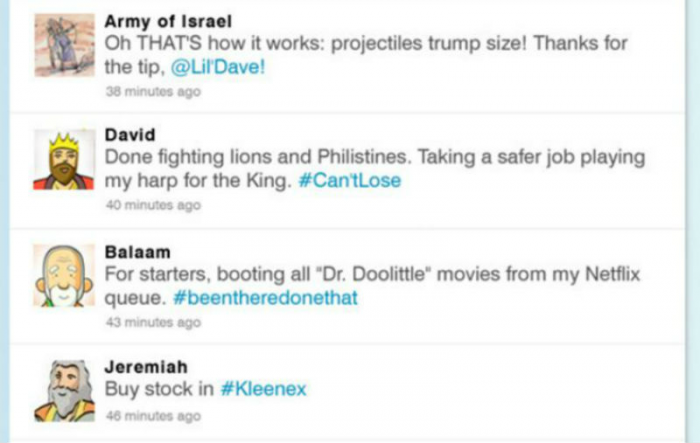 The Huffington Post posted its top 10 funny New Year's Resolution quotes, including a line by Joey Adams, which reads, "May all your troubles last as long as your New Year's resolutions." 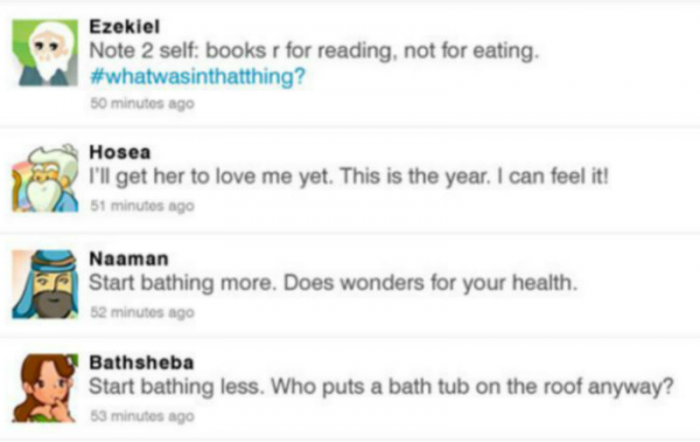 One anonymous person was quoted, "A new year's resolution is something that goes in one year and out the other." 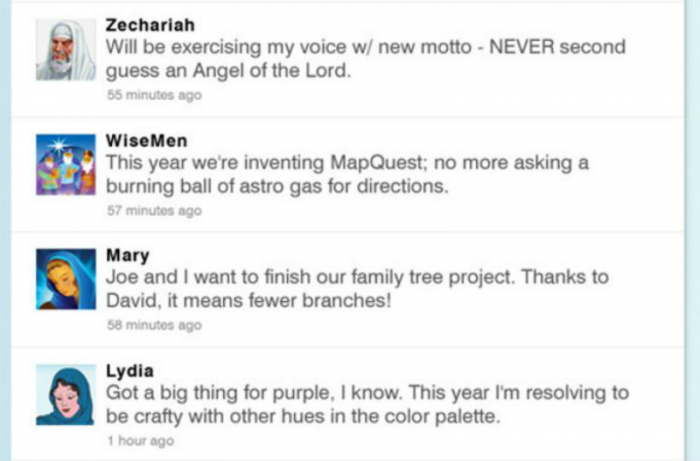 Several others have taken to social media to proclaim their new year resolutions. Many on Twitter posted resolutions like, "My 'don't make love to Victoria's Secret models' resolution is going great so far" and "Forget to make resolutions? Just write out everything you did last night and at the beginning add the word 'stop.'" 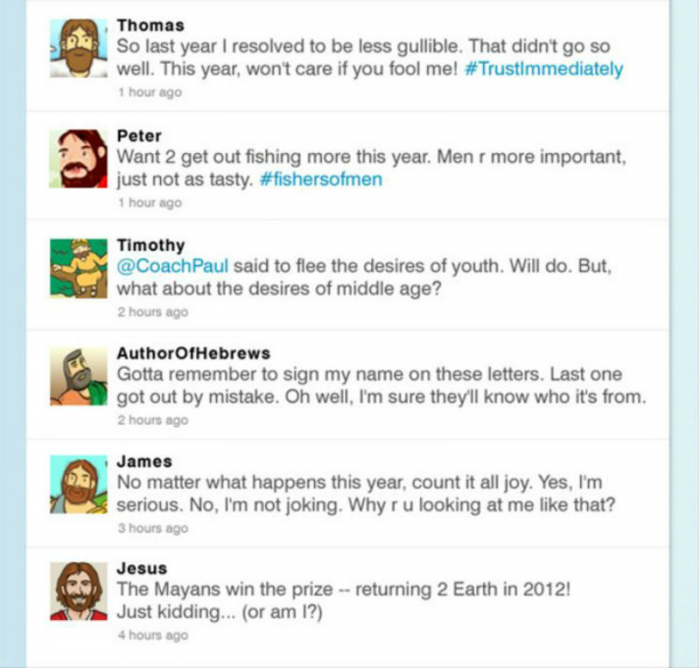 The Huffington Post listed several hilarious New Year's resolutions as well, including, "Just a few more days til I can cross off 'Don't die' from my 2014 #NewYearsResolution Hopefully it goes better than my others" and "my only New Years resolution is to not spend money on food I honestly might be rich by 2016."

What are your New Year resolutions? Tell us in the comments below!