In a new biography, Pope Emeritus Benedict XVI spoke out on how modern society is "formulating an anti-Christian creed" and that people who resist this new creed are punished with "social excommunication." 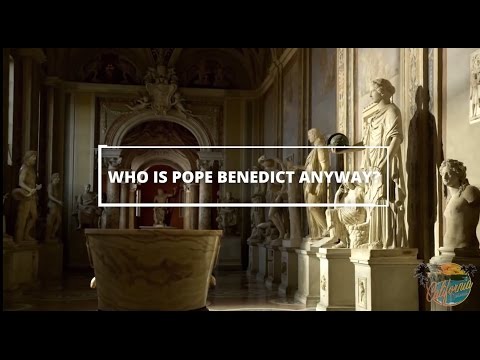 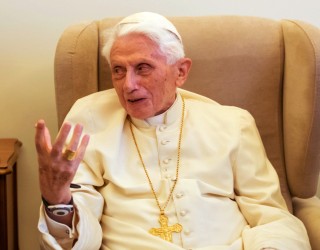 Pope Emeritus Benedict has shared a lot of his personal beliefs in this new biography.

According to Catholic News Agency, Benedict XVI touches on a variety of topics, including the "Vatileaks" scandal that led to the conviction of his personal butler, during his personal interview with the author at the end of the book.

The pope emeritus explained what he believed to be even greater than the Vatileaks in saying, "But the real threat to the Church and thus to the ministry of St. Peter consists not in these things, but in the worldwide dictatorship of seemingly humanistic ideologies, and to contradict them constitutes exclusion from the basic social consensus."

He continued: "A hundred years ago, everyone would have thought it absurd to speak of homosexual marriage. Today whoever opposes it is socially excommunicated. The same applies to abortion and the production of human beings in the laboratory."

"Modern society is in the process of formulating an 'anti-Christian creed,' and resisting it is punishable by social excommunication. The fear of this spiritual power of the Antichrist is therefore only too natural, and it truly takes the prayers of a whole diocese and the universal Church to resist it."

Pope Emeritus Benedict XVI, who believes people want to "silence his voice," further expressed that he has "fallen victim to a malignant distortion of reality," and that the "spectacle of reactions coming from German theology is so misguided and ill-willed that I would prefer not to speak of it."

The large biography, published by Droemer Knaur, is currently available only in German. The English translation, titled "Benedict XVI, The Biography: Volume One," will come out in the U.S. on November 17.