Pope Francis shares his dream for the future

Pope Francis used the Mass of Divine Mercy to share his vision for the world. While some may argue the vision is "utopian," Pope Francis assured those gathered it "is not some ideology, it's Christian." 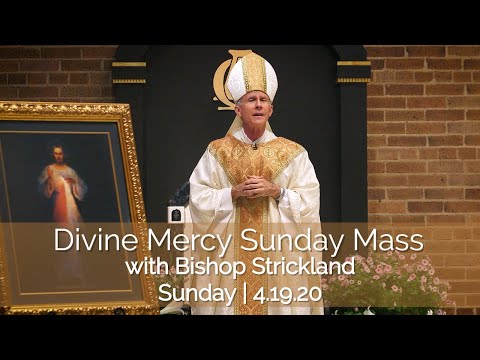 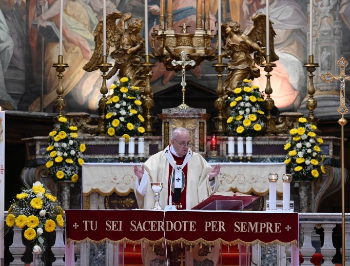 LOS ANGELES, CA (California Network) - Pope Francis traveled a few miles away to the Vatican on Sunday to deliver a special Divine Mercy homily to a few priests sitting widely spaced in the pews of the Santo Spirito Church in Sassia, Rome.

Pope Francis explained he had a vision of the future where inequality is abolished and the poor are not left behind. He made clear this is not some kind of ideology, but Christianity.

Pope Francis said the coronavirus pandemic is a reminder there are no borders between people who suffer. The virus is indifferent to nationalities. "We are all frail, all equal, all precious," he said. He then added, "May we be profoundly shaken by what is happening all around us. The time has come to eliminate inequalities, to heal the injustice that is undermining the health of the entire human family!"

What Pope Francis means can be inferred from another recent homily in which he called for a universal basic income for all people. The idea of such an income is all people would receive enough money to provide for their basic needs. While such a scheme does not eliminate poverty entirely, it eliminates the worst of it, ensuring that even the poorest of the poor have food, clothing, and shelter.

Exactly how such a plan could be implemented is a subject of great debate. Would the world's rich have to be taxed to fund it? Could the world's governments simply fiat the money into existence and keep the inflation in check though fiscal policy? There is certainly enough wealth, but it is scandalously distributed, as Pope Francis has previously pointed out.

As Christians, we are called to view all people as equals. We are called to use our talents to serve God, because our talents belong to God. Our talents aren't just our natural abilities, but also the fortunes we enjoy. And for those of us with greater fortunes, much more is expected of us. When we die, we cannot take any of our talents with us. These things return to the earth or are passed to others. How do we serve God through hoarding them?

As the world becomes a smaller place, thanks to instant communication, high-speed travel, a growing population, and a global economy, what happens in one part of the world now has more power than ever to impact all of us. As we fight to contain the coronavirus, we must be careful lest the virus of "selfish indifference" take its place, the Pope explained. He added, to fight back, we need to "Welcome this time of trial as an opportunity to prepare for our collective future. Because without an all-embracing vision, there will be no future for anyone."