Seven German bishops have written to the Vatican, asking for clarification on the question of Protestant spouses of Catholics receiving Holy Communion. 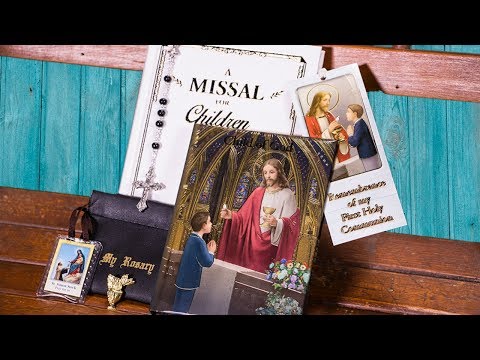 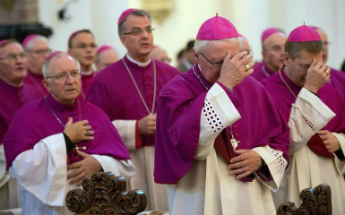 Cologne, Germany (CNA/EWTN News) - The letter was sent to Cardinal Kurt Koch, President of the Pontifical Council for Promoting Christian Unity, and Archbishop Luis Ladaria, Prefect of the Congregation for the Doctrine of the Faith

The signatories, among them the Archbishop of Cologne and five Bavarian bishops, did not beforehand consult with the president of the German bishops' conference, Cardinal Reinhard Marx.

Marx, the Archbishop of Munich and Freising in turn has published his own response to the unusual move.

In a written statement provided to CNA Deutsch, the Archdiocese of Cologne stated that the letter, dated March 22, 2018, seeks clarification as to whether the question of Holy Communion for Protestant spouses in interdenominational marriages can be decided on the level of a national bishops' conference, or if rather, "a decision of the Universal Church" is required in the matter.

"From the view of the signatories, the goal in a question of such centrality to the Faith and the unity of the Church must be to avoid separate national paths and arrive at a globally unified, workable solution by way of an ecumenical dialogue," the April 4 statement explained.

The request for clarification from Rome follows a February announcement that the German bishops' conference will publish a pastoral handout for married couples that allows Protestant spouses of Catholics "in individual cases" and "under certain conditions" to receive Holy Communion, provided they "affirm the Catholic faith in the Eucharist."

The announcement was made "after intensive debate" at the conclusion of the general assembly of the German bishops' conference, held Feb. 19 - 22.

It would appear that the debate did not achieve clarity for the signatories, namely Cardinal Rainer Maria Woelki, Archbishop of Cologne, Archbishop Ludwig Schick of Bamberg, as well as Bishops Konrad Zdarsa of Augsburg, Gregor Maria Hanke of EichstĂ¤tt, Stefan Oster of Passau and Rudolf Voderholzer of Regensburg - and Bishop Wolfgang Ipolt of GĂ¶rlitz.

Notably, five of the seven bishops are based in Bavaria -- where Cardinal Marx is Archbishop of Munich and Freising.

Responding with his own letter April 4, the head of the German Bishops' Conference notes that his fellow bishops clearly "have such grave doubts as to whether the proposed solution in Pastoral Guidance on denominational marriages and participation in the Eucharist 'is consistent with the Faith and unity of the Church', that you should ask the President of the [Pontifical] Council for [Promoting] Christian Unity 'for assistance.'"

How the Vatican will answer to the letter is now the decisive question; sources in Rome have told CNA Deutsch that a response is being formulated.

There are practically no historical precedents for the move of the seven bishops, although local media in Germany today drew a comparison to a 1999 debate, when Cardinal Joachim Meisner --then Archbishop of Cologne -- wrote directly to the pope, after the majority of German bishops had voted in favor of providing pregnant women with a form of mandated counseling required by the German government in order to legally have an abortion. Ultimately, Pope Saint John Paul II instructed the German bishops to change tack and end their involvement.