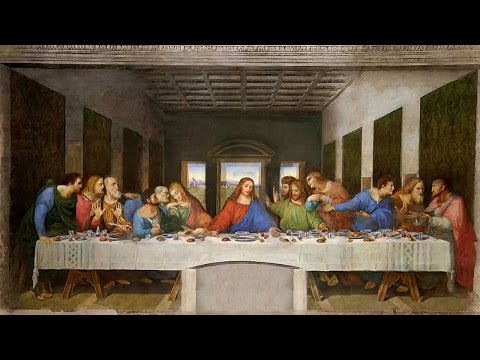 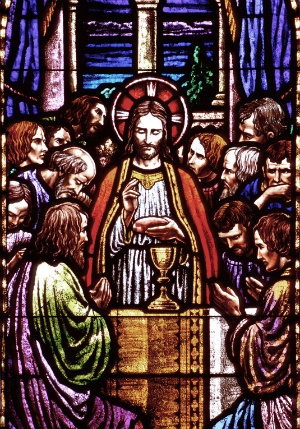 The consecration at the Holy Mass

CORPUS CHRISTI, TX (Catholic Online) - Holy Thursday reminds us that we possess an immense treasure. When a Catholic priest takes a little piece of unleavened bread (or in the Eastern churches, leavened bread) and repeats the words that Jesus spoke at the Last Supper, "This is my body," and when he takes a small of amount of wine in a chalice and says, "This is my blood," the bread is no longer bread and the wine is no longer wine.

At every Holy Sacrifice of the Mass, we participate in a marvelous miracle, the miracle called Transubstantiation.

Transubstantiation cannot be proved through scientific experimentation.Transubstantiation belongs to the reality of faith.  Faith does not contradict reason. Instead, the gift of faith that we receive at Baptism, gives us a superior vision.

Jesus, the Son of God; Jesus the Messiah; Jesus the Lord and Savior of the universe said: "This is my body"; "This is my blood."  Faith is a vision superior to reason, but it does not contradict reason, precisely because faith relies upon the authority of God who does not deceive, nor can be deceived.  Jesus is the truth and thus is incapable of lying.

"I am the living bread which has come down from heaven.  Anyone who eats this bread will live forever; and the bread that I shall give is my flesh for the life of the world" (John 6: 51).

Without the priesthood there is no Eucharist.   So, is it any wonder that there is such a frontal attack on the Catholic priesthood today? Why is it that despite the continual calls to obedience from John Paul II and Benedict XVI that the Catholic liturgy is still engulfed in a continual battlefield?

Since the arrival of the Pope Paul VI missal, much damage has been done to the fabric of the unity of the Catholic Church by irresponsible innovators who have confused and even scandalized the Catholic lay faithful.

But, what is the root cause that makes Catholic priests continually disobey the Church and carry on with bizarre liturgical abuses?

When discussing the 9th Commandment, the Catechism of the Catholic Church states: "The sixth beatitude proclaims, 'Blessed are the pure in heart, for they shall see God.'  Pure in heart refers to those who have attuned their intellects and wills to the demands of God's holiness, chiefly in three areas: charity; chastity or sexual rectitude; love of the truth and orthodoxy of faith.  There is a connection between purity of heart, of body, and of faith" (#2518).

It is interesting to note that  priests who habitually break their vow of celibacy and carry on with their proclivities are usually guilty of the most obtrusive and bizarre liturgical abuses.  There is a connection between purity of heart, of body, and of faith.

It is alarming to note that a gay subculture within the Catholic priesthood continues unchecked in some circles despite the conscious efforts that dioceses have made to get their houses in order.  The criterion that is used in dealing with real abuse cases among the clergy is seldom applied to members of the episcopacy when wrong doing occurs.

Still in some circles normal heterosexual men are turned away from seminaries while a gay seminary subculture still continues.  The vast majority of all abuse cases are between priests and teenage boys or young men.

A true renewal of the Catholic priesthood is needed.  We desperately need holy priests and courageous bishops.

Despite the fact that vocations are on the rise and many wonderful things are happening in the Catholic Church both in this country and throughout the world, there is an undercurrent that seems to be constantly working against the work of God and his Church.

Two Popes were able to nail the head on the problem.  One Pope lived many years ago.  His name is Pope Leo XIII.  On October 13, 1884 he had just completed celebrating Mass when he suddenly collapsed on the floor.  He had been given a vision of the future of the Church that he deeply loved.

After recovering from what seemed like a coma he said "Oh, what a horrible picture I was permitted to see!"  Later, he described to his closest associates that he was allowed to see into the future what would occur both within the Catholic Church and in the world.  Based on his vision, he composed the prayer to St. Michael the Archangel.

Years later, on June 29, 1972, Pope Paul VI shocked the Catholic world when he said that, "the smoke of Satan has found its way into the Church through the cracks". It was an anguished warning that caused great shock and scandal.

My dear friends, we do live in difficult times. But, let us never be discouraged.  On this Holy Thursday let us renew our love for the Eucharist and the Catholic priesthood.  Let us pray to Our Lady of Guadalupe and St. Michael Archangel so that the clergy may always be holy, faithful and courageous.

Visit Father James Farfaglia, the Happy Priest, on the web and sign up to be notified when his new book is released. Click here for the audio podcast of this homily which will be posted on Holy Thursday evening.