Researchers in the UK may have discovered a cure for pancreatic cancer, at least in mice. The cure shows promise for humans and trials may begin as early as 2020. 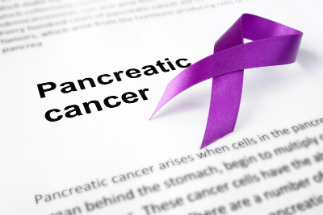 Pancreatic cancer is one of the most lethal forms of the disease.

LOS ANGELES, CA (California Network) - Researchers in the UK have discovered a potential cure for pancreatic cancer. Tests in mice appear to have cured the disease. The next step will be human trials, which could start as early as 2020.

The tests, conducted on mice, were modeled on a method used to treat children with leukemia. The method involves harvesting white blood cells from the patient and growing more of them outside the body. A virus is then injected that causes cancer, and also sends signals to the body's immune system to provoke an attack. The white blood cells are then reinjected which ensures the immune system has the power to destroy the disease.

The result is the body's immune system works more efficiently to destroy the cancer cells and may eradicate the disease.

The latest research has been performed by the Barts Cancer Institute in the UK.

Pancreatic cancer is a leading cause of cancer deaths worldwide. It is often fatal because there exists no method to routinely screen for it. It usually shows no symptoms until it has spread throughout the body.

Individual odds of developing the disease are usually between one and two percent per 100 people. Most people die within months of diagnosis. Only a small percentage live for more than a year.