Here's why the 2018 flu season is so bad - Doctors plead: stay home if you are sick!

A century after pandemic flu killed 100 million people around the world, another flu pandemic has blanketed the United States and is worsening. 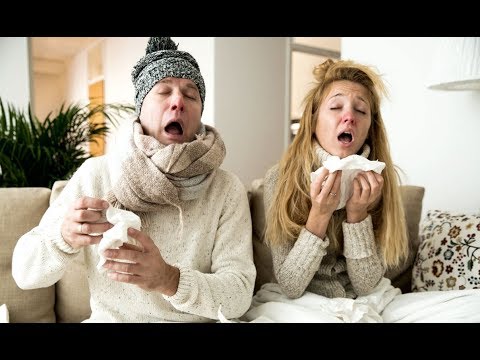 This is a bad year for the flu and doctors are asking the sick to stay home.

LOS ANGELES, CA (California Network) - A couple years ago, I came to work with the sniffles. The decision was expensive for Catholic Online because a test later confirmed I had nothing less than H1N1 swine flu. Virtually every member of the company was wiped out over the next several weeks with most missing several days of work and visiting doctors. My employers spoke kindly to me about coming to work sick, my co-workers were Christian about it, but they were less than kind. A lot of people missed work and other happenings because they were bedridden, all thanks to my trying to tough it out on the job.

I share this anecdote because this is a decision many people are struggling with right now or will face in the coming weeks. Not only are we at the height of flu season, this one is particularly serious.

In addition to garden variety flu, there are two severe strains of flu circulating in the continental United States. The first is H3N2, which is both severe and isn't covered very well by the annual flu shot. The other is H1N1 swine flu, which is now spreading, making things even worse. All strains of the flu can kill, but these two, in particular, are deadlier than average.

In the first week of 2018, twenty children died as a result of flu. Healthy people in the prime of life are also dying. The very young and the elderly are at greatest risk. According to the CDC, the flu kills between 12,000 to 56,000 people per year, and those are just the deaths that get reported. The actual figures may be much higher. And in a year with two deadly strains ravaging the population, we could see the deadliest outbreak in decades.

Chances are, you are safe. The odds of dying from the flu as a healthy adult remain small, even in bad years. However, your chances of catching one or both stains are good, and you will be sick for a week or more.

If you have the flu, please do not try to tough it out. If you are an employer or a manager, doctors are imploring you to understand. As I discovered a couple years back, the flu spreads with frightful speed and efficiency. Coworkers I barely saw became alarmingly ill as the illness rippled through the company. We were literally able to chart its progress across departments, a source of humiliation for me.

Traditionally, Americans frown on people who stay home and lie in bed. The American work ethic is laudable and is one reason why this nation is prosperous. However, this isn't the season to be tough. Instead, sick individuals should quarantine themselves at the first sign of illness. At all times, people should practice good hygiene and wash their hands frequently. Cover your nose and mouth when you sneeze and turn away from others. Keep sick kids home from school and avoid public places.

Employers and co-workers should not trouble one another over sick days, at least not this season. Picking up someone's slack so they can lie in bed offends most workers' sense of fairness, but it truly is a favor. Anyone who catches either of these more serious strains of the flu could be out for a week or more. One casualty is bad enough, but as experience illustrates, all it takes is one "tough guy" to show up sick to wipe out an entire company.

Please, stay home if you are sick.